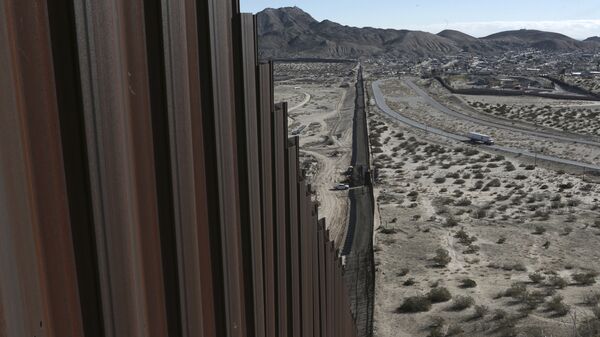 The president will be signing a proclamation regarding the deployment later today, Nielsen told a press briefing. Deployed forces would be involved in support activities, not enforcement at this time.

When asked why the guard was needed, Nielsen said that smugglers were exploiting loopholes in US detention and that illegal border crossings had risen dramatically.

"We must change the environment, we must change these pull factors," Nielsen urged, before stating that it would take some time before new legislation would be "finalized."

"The urgency cannot… be underscored," she added.

Trump: 'Caravans' of Immigrants Coming to US, Congress Should Act

It's unclear how much the deployment will cost, but the DHS secretary said past figures would be useful references.

"It will be strong. It will be as many as needed to fill the gaps we have today," Nielsen said when asked about troop numbers. "We do hope the deployment will begin immediately."

When asked why Trump wanted to push the deployment, Nielsen stated that the acceleration was in response to rising border crossings.

"The numbers continue to increase — April traditionally is a month in which we see more [illegal immigrants]," Nielsen stated. "We're also seeing more and more advertising [by traffickers soliciting hopeful immigrants]" and, she said, more "cases of borrowing children" to garner sympathy and earn temporary passage across the border. She also said that there had been a huge increase in immigrants using "the magic words 'credible fear.'"

Claiming and establishing credible fear at the prospect of being returned to one's homeland is the first step in the process toward gaining US asylum.

"Let me be clear: we are a welcoming nation," she said. "But as I said earlier, border security is national security. Security of our nation is not a partisan issue… The president is committed to securing our border and using all the tools available to him."

The announcement comes after Trump repeatedly tweeted about "caravans" of immigrants coming to Mexico to cross its border with the US.