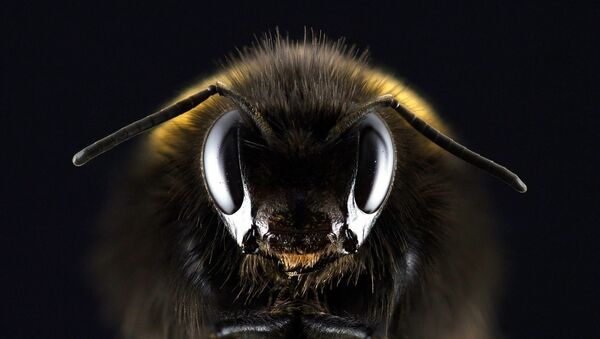 NASA has announced their intent to fund research which will send a swarm of Robot bees up to Mars to explore the red planet. Sputnik spoke to Sethu Vijayakumar, Professor of Robotics at the University of Edinburgh, and former judge of the BBC’s robot wars, about the ‘swarm’ technology format.

Sputnik: What is it about the bee as an insect that would make it a good model for NASA’s Mars exploration?

Sethu Vijayakumar: Mars exploration is an interesting topic because you need different kinds of tools depending on what you want to do with it. There is an interesting trade off when you talk about robotics: between power, agility and the capability. These are an example of a system, which are completely agile, very power efficient, but in terms of capabilities, it might be quite limited. The bees will probably be good at sensing, and probably good at covering a few local areas around it before it has to get back to home base. So I think that the bees are a good model for scenarios where you want local exploration and then data being processed at a mother ship.

Sputnik: What other innovations are around and using this ‘swarm’ technology?

Sethu Vijayakumar: This concept of swarm robotics is not new. People have applied that to various domains. For example at the Edinburgh Center for Robotics, we are now heading a new project that is funded by the UK government that is called ORCA hub, (Offshore Robotic-assisted Certification of Assets).

If you think about an offshore oil rig, and you want to certify if it is working properly, the way to do it is by using a combination of these robotic censors. So things that are top heavy, things that are very small and agile, like mini drones. The whole concept is to try and create an information network that will cover and send back information about the health of the asset. We can also do this underwater. A project we have been involved in, there is a mother-ship, or floating device on the surface and small AUV's that dive underneath the ocean floor. The devices look at the asset integrity of a structure underwater and then again report back. So the concept of having a mother-ship and then small swarms going out, collecting information and aggregating the information back where the compute power is much more. This method has been around and it’s being deployed in various domains. I think Mars is an interesting domain, it's probably the first time they are planning to put bees up there, but the technique is one that has been applied in other areas before.

Sputnik: Can we see the Robot Bee coming in to land on Earth any time soon?

Sethu Vijayakumar: There are some interesting application domains. Just take an example of a commercial aircraft coming in after a long inter-pacific flight, crossing the Atlantic, and then coming into a hangar. At the moment what happens is that a person will go around looking for physical damage, looking for cracks and leaks. The future of something like that is certainly automated inspection. For two reasons: Firstly, the economic benefits. Having a multiple swarm of robots doing what is a pre-prescribed pattern of behavior is much more economically viable. Second case is the reliability. Humans can make errors. There can be fatigue, there can be mistakes, but in robotic systems, if you are to program it, you get back the relevant coverage and information. There are already some scenarios like inspection in constrained environments, where I think bees can be a big factor.

Another domain which can be quite powerful is the area of agriculture. We are seeing more and more food production and security issues being dealt with by using robots, for harvesting and for looking at the health of plants. Bees are a great way of getting around fields without having to worry about uneven terrain, wheels getting stuck in mud and so on. We are already seeing agri-robotics in terms of food security, but I think flying robot bees would be a great application domain for that.