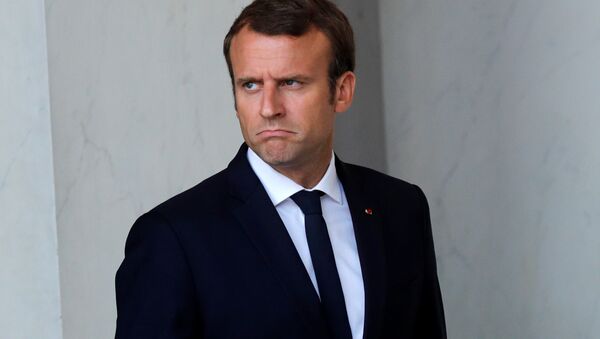 Train drivers and other workers at the French state railway SNCF have begun a major strike today that is expected to severely impact rail travel across France.

The protest is planned to last for three months in total; with the railway unions planning to strike two days out of every five until the end of June.

The strikes come as trade unions protest against President Emmanuel Macron's sweeping labour reforms; as the Macron government wants to remove special SNCF contracts, with the eventual goal being to create competition for state railways from 2023, and to comply with EU requirements.

Sputnik: Does the French public support Macron or the Strikers?

John Keiger: At the moment public opinion polls show that there is support for the strike but we wonder how long this will last when the strike really bites.

His popularity is dwindling and his approval rating is at lower than 40% in the national opinion polls. There is some concern that the reforms to do with the French railways that they are being imposed by the European Union in order to fall into new regulations and the trade unions are convinced that this is something that should not be supported.

Gino Raymond: The strikers have so far managed to tap into the general disillusionment in France. France has had may years of austerity, but unlike Britain has also had high levels of unemployment, apart from the recent upturn in the economy, since the financial crash, France has been in a very difficult situation. As the strikes begin to come into effect; the disruption will in the end cost public support.

Sputnik: Could the strikes affect Macron’s chances of running for re-election?

Gino Raymond: Macron’s pitch to the French electorate was one that was above partisan lines. Many French people recognise that the country has been slow in adapting to globalisation, so Macron made it is his aim to correct this.

I find it hard to believe that Macron will back down to the strikers, but there is some danger for Macron. He came with a project to make the French competitive on the world stage, if he gives in to the rail workers he will have to make concessions to every other public sector worker.

If Macron takes too hard a stance towards the strikers; then the global investors will believe that France cannot be reformed. He has to play a subtle game and balance interests, if he gets this wrong then re-election may not be feasible, however he has very few competent rivals in French politics.