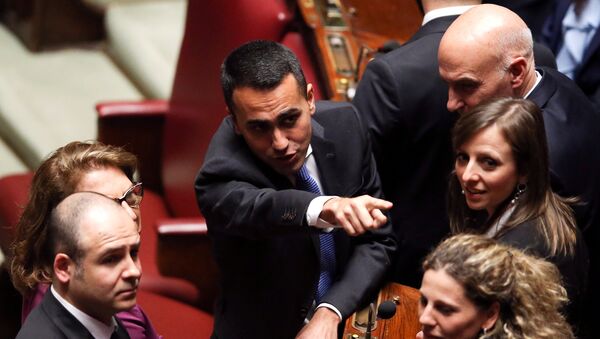 Italian President Sergio Mattarella is due to meet representatives of the country's main parties on Thursday in a bid to prompt them to form a coalition government.

The move comes a day ahead of talks between Italian President Sergio Mattarella and the country's main parties to discuss the creation of a government coalition.

Earlier, Di Maio repeatedly signaled his willingness to sit down with all the parties on the matter in the wake of last month's general elections in Italy.

Forza Italia has yet to comment on the matter, while Lega Party leader Matteo Salvini said that they will have a "dialogue with Five Star, but reject vetoes or commands."

During the March 4 polls, the country's center-right coalition, consisting of Lega, former Prime Minister Silvio Berlusconi's Forza Italia, the right-wing Brothers of Italy and Us with Italy, won 37.48 percent of the vote in the upper house and 36.96 percent in the lower house.

With almost 33 percent, the Five Star Movement, in turn, managed to obtain the largest share of the vote for any single political party during the elections.