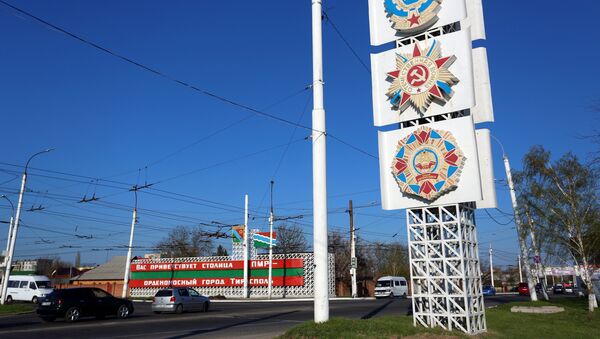 © AFP 2021 / Aleksey FILIPPOV
Subscribe
MOSCOW (Sputnik) - The self-proclaimed republic of Transnistria supports the idea of holding talks in the 5+2 format in Rome in May, the president of the republic, Vadim Krasnoselsky, told Sputnik.

“We are in favor of an idea to hold a meeting in the 5 + 2 format in Rome. If there is an agenda, the meeting will be organized. As for the time frame, this is will be decided by the participants of the format. We are ready to meet in April, in May and in June, the main thing is that the agenda should be designated,” Krasnoselsky said.

The president added that he would hold talks with Moldovan President Igor Dodon in late April in the city of Bender, which is located within the internationally recognized borders of Moldova, but de facto controlled by the self-proclaimed republic.

“Such a meeting will take place, it will be held at the end of April this year, in Transnistria's Bender," Krasnoselsky said.

“We welcome the stance that the time has not come to talk about the withdrawal of the peacekeeping mission or about changing its format, which has proved its effectiveness. In addition, we will not allow any attempt to target Russian servicemen on the territory of Transnistria,” Krasnoselsky said.

The 5+2 format includes the breakaway region and Moldova, Russia, Ukraine and the Organization for Security and Co-operation in Europe (OSCE) as mediators, while the European Union and the United States act as observers.

In late March, Franco Frattini, the OSCE Chairperson-in-Office's Special Representative for the Transdniestrian Settlement Process, proposed to hold another round of talks in Rome in May.