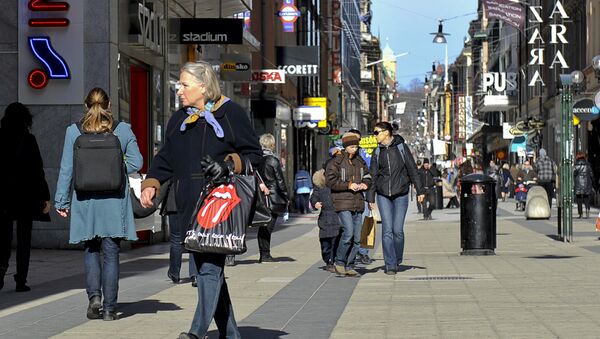 The collapse of civilization is almost certain within the next few decades, according to biologist Paul Ehrlich, who claims that a combination of high population density and high consumption by the wealthy is destroying natural resources and driving a sixth mass extinction in biodiversity.

Professor Paul Ehrlich, president of the Millennium Alliance for Humanity and the Biosphere, said that the risk of civilization-level collapse is increasing as long as the perpetual growth of the human enterprise remains the goal of economic and political systems. Ehrlich claims that that the optimum global population is up to two billion people. According to the biologist, "perpetual growth is the creed of the cancer cell." Ehrlich stated that synthetic chemicals make the entire planet increasingly toxic and that this could be even more dangerous to people and wildlife than climate change.

Doomsday: Biologist Warns of Collapse of Civilization in Near Future
Speaking of overpopulation and overconsumption Igor Chestin said:

"Due to increased consumption we now have a situation where the available habitats for humans are shrinking. […] We have problems with agricultural land, depleted fish stocks; about 90 percent of fish species are over-fished. We have increasing problems with the production of food that is the result of overpopulation and overconsumption at the same time."

However, Chestin notes,  the planet still can sustain the number of people that are living now and even more, but that, "This would require a dramatic change in consumption all over the world."

Sputnik: What countries suffer the most?

Igor Chestin: The least developed countries suffer the most simply because they don’t have resources to mitigate the negative impact of climate change or overpopulation. […]

Bangladesh, for example, with a population bigger than in Russia has severe poverty, severe environmental problems and a very poor health system, which people compensate for by producing more children and that, of course, leads the country into an even less sustainable situation.

Sputnik: How can we solve the problem of overconsumption?

Igor Chestin: If we look at the European countries, the meat consumption has increased 3 times over the last 40 years. I would actually question whether it relates to the quality of life. I would rather say it is an unhealthy diet.

READ MORE: 'In the Last 40 Years, 52% of All Wild Animals Have Disappeared' — Activist

Reduction in meat consumption would dramatically contribute to saving the habitat and decrease the ecological footprint of humanity, especially if we reduce our consumption of beef, because it requires a lot of land and natural resources. Increased use of renewable energy sources – wind turbines and solar panels will help to tackle the issue, as well.

Sputnik: How can we solve the problem of overpopulation?

Igor Chestin: To some extent this problem is solved naturally when people move to cities, and normally in cities people have less children, so the population growth is not as fast as when people live in the rural areas. And this happens all over the world – the birth rate is coming down. And then of course it is education — education primarily for women, there is a very tight correlation between the level of education of women in society and the number of children they produce. So the higher level of education, the less children you have in the family, the better conditions you can provide to them.

Hear more about the topic in this edition of our Weekend Special with Igor Chestin.