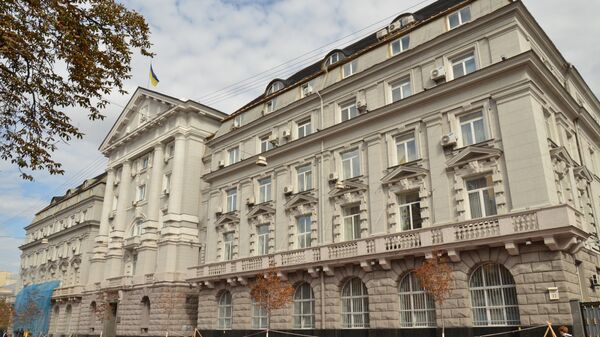 KIEV (Sputnik) - The Security Service of Ukraine (SBU) has banned entry to 60 Russian diplomats, expelled by the United States, who have previously worked in the embassy in Washington and in the UN mission in New York, the SBU said in a Saturday statement.

On Monday, US authorities expelled 60 Russian diplomats and closed the Russian Consulate General in Seattle after Sergei Skripal, a former Russian spy who worked for UK intelligence, and his daughter Yulia were exposed to what UK experts claim was an A234 nerve agent.

Russia
Russian Foreign Ministry Responds to Expulsion of Diplomats Over Skripal Case
On Tuesday, the SBU said that it had banned entry to 23 Russian diplomats, who have been expelled from the United Kingdom over the Skripal case.

Skripal, who also worked for UK intelligence, and his daughter Yulia have been in hospital since March 4 due to exposure to what UK experts say is the A234 nerve agent. UK Prime Minister Theresa May has accused Russia of orchestrating the attack and expelled 23 Russian diplomats, while the European Union and several other states, including Ukraine, have expressed solidarity.

Russia has strongly rejected the accusations and offered to assist in the investigation. Following the decision of several countries to expel diplomats, Moscow has responded to the expulsions by taking mirror measures with regard to the states that have made such decisions.