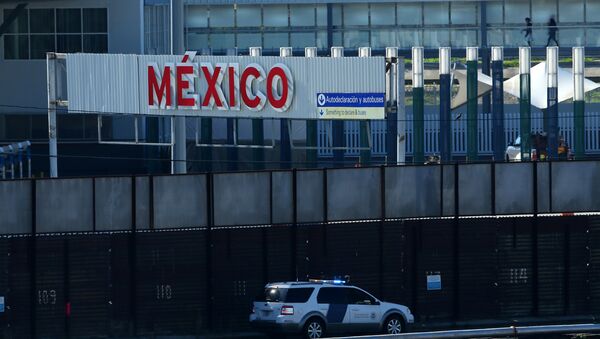 As the US president excitedly tweeted that construction on his pet border wall project had begun, officials at the US Customs and Border Protection noted that what was actually happening was legacy maintenance that has been in place since the first Obama term.

On Friday, US Customs and Border Protection (CBP) acting deputy commissioner Ronald Vitiello told reporters at a news conference that the administration of US President Donald Trump is allocating some $1.6 billion of 2018 congressional appropriations toward creating and replacing nearly 100 miles of wall along the southern US border.

However, Vitiello did not reveal how much of the appropriations would go toward creating new wall structures. Although there are some restrictions on how the $1.6 billion for border security can be used, some of it can be spent on technology and border repairs.

​"It's a mix," the customs official responded when reporters asked about whether new or old barriers were being built, Politico reported

"I would say that it's all new because there's a different design going in, it's replacing stuff that's unsuitable. I would call it all new. It replaces what is existing," he said.

In addition, Vitiello announced that 14 miles of steel plate barrier will be replaced in San Diego. In addition, a new 30-foot barrier stretching two miles into Calexico will replace existing barriers.

The US CBP deputy commissioner also revealed that the new structures will be a "comprehensive solution that provides wall, lighting, enforcement cameras and other related technology, and all-weather roads to impede and deny illegal cross-border activity."

In a Thursday speech to union workers in Richfield, Ohio, Trump claimed that his administration has "started building our wall."

"I'm so proud of it," he said during the speech.

This week, Department of Homeland Security secretary Kirstjen Nielsen tweeted that photos the president attached to his tweet were of the Calexico project.