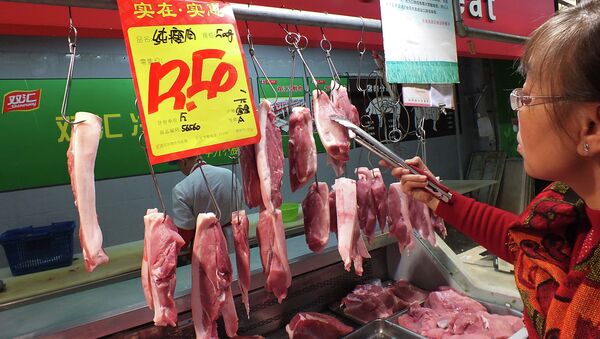 The US President promised to impose protective tariffs during his election campaign and has finally fulfilled his promise on March 22. Many US allies were temporarily relieved of them, with most impact now hitting China.

Beijing has announced that not only will it address the World Trade Organization (WTO) with complaints against the new US protective tariffs, but will also impose its own as a counter measure to protect its market. According to a document published on the official website of the Ministry of Commerce of China (MOFCOM), 128 types of American wares will fall under new tariff regulations, with 8 receiving a 25-percent charge, including aluminum scrap.

Among other items on the list are dried fruits, nuts, wine, juice, steel, oil and gas pipeline parts, and fresh and cold pork. The list is not final and ministry departments, local governments, business associations and citizens are encouraged to offer modifications.

Experts warn that Trump's attempts to protect the US economy will have a negative impact. According to a Trade Partnership consulting group report, even without reciprocal measures, the US economy risks losing some 145,000 jobs. British analytics group Oxford Economics claims some 2.6 million jobs were created as a result of China-US trade, and that they are also threatened by a trade war. The group also noted that Chinese products lower the price bar in the US, improving the well-being of US households and reducing inflation.