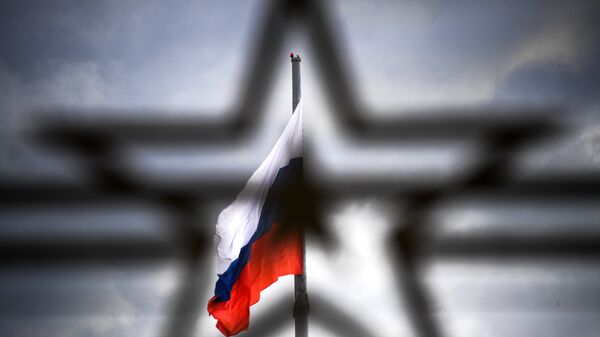 MOSCOW (Sputnik) - It is dangerous for the United States to treat Russia as an opponent due to comparable nuclear capabilities of the two states, the former Russian ambassador to the United States said Friday.

"The perception of Russia as an opponent [by the United States] is very dangerous. Russia is the only country which has a comparable nuclear arsenal [to the one of the United States]," Sergey Kislyak, who is also the first deputy chief of the Russian Federation Council's Foreign Affairs Committee, said at a plenary session at the Stolypin Forum in Moscow.

The diplomat added that the United States treat Russia as an opponent because Moscow had been implementing policy aimed at revision of the existing global political order.

"They are now naming Russia and China, characterizing them, as the greatest opponents. They treat us as 'revisionist' countries — those who want to change the world order," Kislyak said, stressing that the United States is losing its dominance in the world.

The statement comes after a total of 16 EU countries, as well as the United States and other states, announced their decisions to expel over 150 Russian diplomats in connection with Moscow's alleged involvement in the Skripal case. Washington has also shut down the Consulate General in Seattle. Speaking on the matter, Kislyak said that it was unlikely that the US closes the Consulate General of Russia in New York City, since Washington understands that this could lead to a similar response from Moscow.

Kislyak said that the relations between Russia and the West will normalize despite multiple difficulties. He added that Russia would not be isolated on the global arena, as there are countries that remain friends and partners, and are ready to support Moscow.

People Talking More About Russia Being a Nuclear Power – Author
In recent years, the Russian-US relations have significantly deteriorated over a number of issues including alleged Russian interference in the 2016 US vote, a row against Russian diplomatic property in the United States that started after the introduction of a new package of the anti-Moscow sanctions by Washington, as well as US pressure on Russian media.

Russia and the United States have the largest nuclear arsenals in the world. Despite several efforts aimed at reduction of nuclear capabilities, such as the implementation of the Strategic Arms Reduction Treaty (START), the two countries still have more nuclear weapons than any other nation in the world.