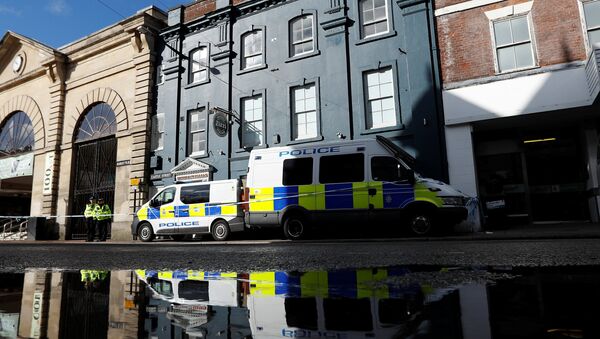 MOSCOW (Sputnik) - Cars with diplomatic number plates began to leave the territory of the US Consulate General in St. Petersburg on Friday, a Sputnik correspondent reported.

On Thursday, the Russian Foreign Ministry announced an expulsion of 58 diplomats from the US Embassy in Moscow and two employees from the US Consulate General in Yekaterinburg, as well as the closure of the US Consulate General in St. Petersburg. The measures came as a mirror response to US expulsion of Russian diplomats and closure of the country's consulate in Seattle over Moscow’s alleged involvement in the poisoning of former Russian spy Sergei Skripal and his daughter in the UK town of Salisbury.

The correspondent reported that at least three SUVs with diplomatic number plates have departed from the courtyard of the US Consulate General.

World
Erdogan Confirms Turkey Won't Send Russian Diplomats Out Amid Skripal Case Craze
The US state flag at the mission’s building is flown at half-mast to honor the victims of the Sunday deadly fire in a shopping mall in the Russian city of Kemerovo.

The poisoning attack on the former Russian spy Sergei Skripal and his daughter Yulia occurred on March 4 in the UK city of Salisbury. They are currently being treated for exposure to what UK experts believe to be the A234 nerve agent. London immediately blamed the attack on Russia, claiming that the poisonous substance was developed in the Soviet Union.

Over 25 countries, among which some EU member states, announced their decisions to expel over 150 Russian diplomats over Moscow's alleged involvement in the Skripal's case.

Moscow has denied the British side's allegations and offered to provide assistance in the probe.