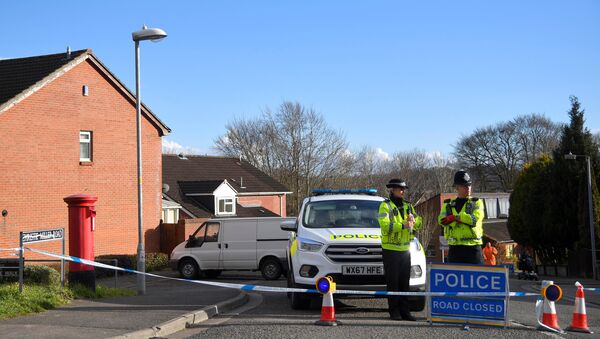 Tom Packalen, member of the Finnish parliament from the party “True Finns” doubts Russia’s complicity in the nerve gas attack in the British town of Salisbury and slams the Finnish authorities’ decision to expel a Russian diplomat, his blog on the website Uusi Suomi reads.

"I don’t really think that Russia is complicit in using the poisoning substances in Salisbury….Russia has no motives to do that. I can hardly imagine Russians embarking on something like that, which would lead to serious consequences for Russia and which point directly at them… The orchestrators of the attack aimed to point at Russians," the MP stated.

Meanwhile, the poisoning plays into other countries’ hands, he pointed out.

"Great Britain is winning from this situation. Britons have been in the European spotlight due to Brexit. Now Europeans have shifted their attention to Russia. If anyone feels like debating the tough conditions of Brexit, they will presumably be considered a UK’s enemy."

"Also, the situation is useful for Ukraine. It wants to resume or enforce the sanctions against Russia," Packalen noted.

It is important to thoroughly study the presented evidence before taking action.

"The Western legal system frequently presupposes the assumption of innocence as long as the case is unclear. The facts which have so far been laid out do not convince me of Russia’s guilt and I think Finland’s decision to expel a diplomat is quite silly," the MP wrote.

Tom Packalen is a 48 year-old Finnish MP, a city councilor and former police officer. He was elected to parliament in 2011 as a member of “True Finns” party. In the 2012 municipal vote he was elected to Helsinki’s city council. Before becoming an MP, he worked for the Helsinki police department’s unit dealing with drug control. In 2014, Packalen rejected that Russian forces were involved in the Donbass conflict.

Uusi Suomi is a Finnish news website and blog platform that was launched in 2007 and bought by the major Finnish media holding Alma Media in 2016.

Former spy Sergei Skripal and his daughter were poisoned with the substance registered as A-234 in Salisbury, UK on March 4. Britain has alleged that Russia masterminded the attack and expelled 23 Russian diplomats in retaliation. Nevertheless, the British side has presented no tangible evidence of its allegations. Moscow has vehemently denied all the accusations of involvement in the Skripals' poisoning and suggested that a joint probe be conducted into the case.

The UK’s move was followed by the expulsions of Russian diplomats from about 20 European countries, as well as the US and Canada, as well as gained the support of NATO chief Jens Stoltenberg.