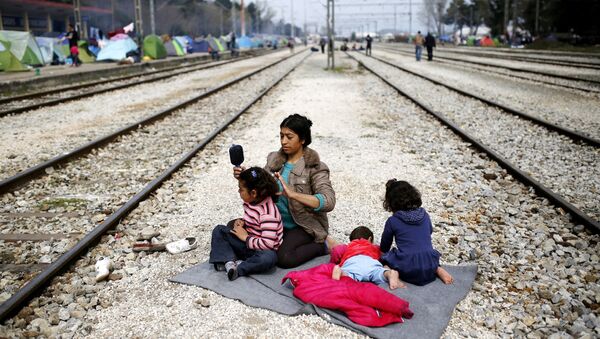 The Greek government has prepared a new bill that will speed up the country's asylum procedure amid an increase in migration to Greece this year, Greek Migration Policy Minister Dimitris Vitsas said Friday.

"We are bringing a new bill in parliament that will simplify, accelerate and organize the asylum procedure. This law will be voted by the end of April," the minister said, as cited by the Ekathimerini newspaper.

Greek authorities have registered a 33 percent increase in migrant flows from Turkey in the first quarter of 2018, the minister added.

Turkey to Withdraw From Migration Treaty With Greece After Extradition Refusal
In December, the UN Refugee Agency (UNHCR) called on Athens to accelerate efforts on refugee relocation and to improve conditions for those who continue to stay in refugee centers.

The facilities at the islands, which are the first on the way of asylum seekers coming by sea, are overcrowded and the conditions are deplorable, as several human rights watchdogs have claimed.

European countries have been experiencing a severe migration crisis since 2015 due to the influx of thousands of people fleeing violence around their homes in the Middle East and North Africa.

As of March 27, 13,355 migrants and refugees have entered Europe by sea in the first 84 days of 2018, with 32 percent of them arriving in Greece, according to the International Organization for Migration (IOM).