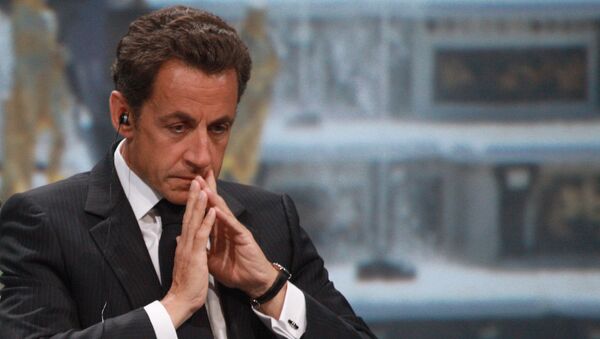 French former President Nicolas Sarkozy intends to appeal the French court’s decision to resume an investigation against him over a long-standing case on corruption and abuse of power, local media reported Thursday, citing Sarkozy’s lawyers.

Earlier on Thursday, Le Monde newspaper reported that the French court had signed a document to send the former president to the Paris correctional court within the framework of the investigation process.

France's Sarkozy Set to Face Trial for Corruption, Misuse of Influence
In this long-standing case Sarkozy is accused of bribery, abuse of authority and concealing the fact of a breach of professional secrecy. The former president is suspected of promising a French magistrate a prestigious judicial post in Monaco in exchange for getting confidential information about the investigation into suspected illegal financing of Sarkozy's 2007 presidential campaign by France's richest woman and L'Oreal heiress Liliane Bettencourt.

The investigation was launched in 2007, however, until 2012 then-President Sarkozy enjoyed immunity. In October 2013, the case was closed due to the lack of evidence.

On March 21, in a separate case, the former president was charged with passive corruption, illegal financing of the election campaign and the concealment of Libyan public funds.