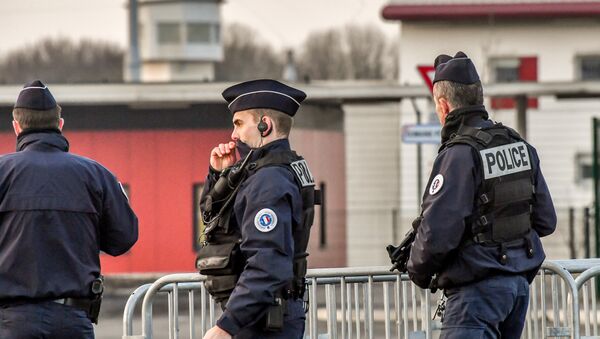 MOSCOW (Sputnik) - Almost 60 percent of the French think that the government of President Emmanuel Macron could do more to fight terrorism, following recent attacks in southern France, a poll showed on Thursday.

According to a survey by the Elabe pollster, 58 percent think that the French government is not doing all it could to fight terrorism, however, most people do not believe that any of the opposition parties could do better.

France Thwarts 2 Planned Terror Attacks Since Start of 2018 - Interior Minister
The right-wing Republicans, the Socialist Party, and left-wing Unsubmissive France were considered potentially better at handling terrorism by less than 15 percent of respondents each.

Last Friday, an attacker, claiming allegiance to the Daesh* terrorist group hijacked a car and took several people hostage in a supermarket in the south of France. Gendarme Lt. Col. Arnaud Beltrame, who swapped places with a woman held hostage and helped capture the attacker, was shot and later succumbed to his wounds. The total number of victims was four. Earlier on Thursday, a driver tried to run over a group of soldiers in the east of France. Nobody was been hurt in the incident.