NAACP Sues Trump Over Plans to Include Citizenship in 2020 Census 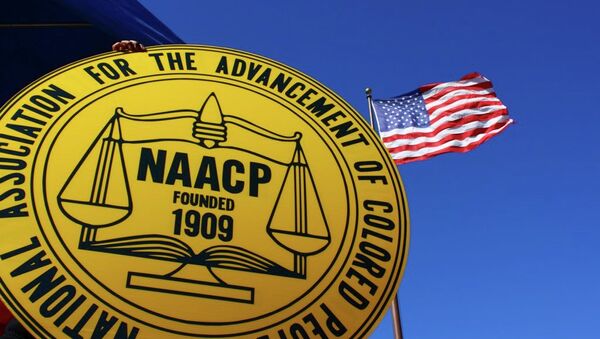 WASHINGTON (Sputnik) – The leading US civil rights group NAACP has filed a lawsuit against President Donald Trump and the Census Bureau over plans to include a citizenship question in the 2020 population tally, according to a newly published press release.

"The National Association for the Advancement of Colored People (NAACP)…, together with Prince George’s County, Maryland, the NAACP Prince George’s County Branch and two county residents, sued the federal government today to combat the imminent threat that the 2020 Census will substantially undercount African Americans and other people of color in communities throughout the United States," the NAACP said in a press release on Wednesday.

US Police Arrest NAACP Sit-in Protesters Against Trump's Attorney General Pick
In its lawsuit, the NAACP argues that inclusion of a citizenship question in the 2020 Census would systematically undercount communities having large African-American populations, while substantially overcounting communities that are less racially diverse.

Since the Trump administration announced on Monday that the Census will ask people if they are American citizens, California, New York, New Jersey and other US states have filed lawsuits that cite similar objections.

A primary concern of critics is that the citizenship question will cause people – especially minorities – to balk at cooperating with the upcoming census.

The US Constitution requires the government to count every person residing in the United States every 10 years, not just American citizens.