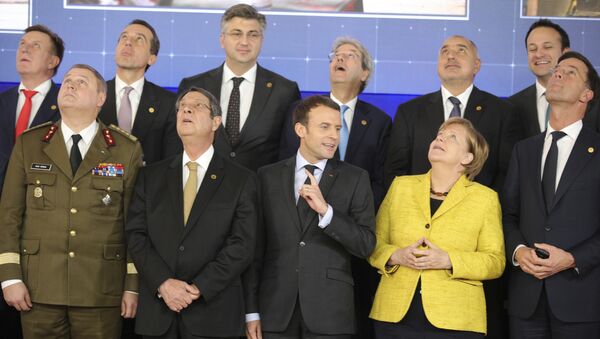 The European Union has shown itself not so united in diplomatic row, induced by the UK over the Skripal case. While some EU states supported the expulsion of Russian envoy, others have taken a more cautious position.

The UK call for the expulsion of Russian diplomats has left the European countries split into 3 groups. Although the majority on the continent supported London’s call to expel Russian diplomats in response to the allegedly Russian poisoning of ex-spy Sergei Skripal in Salisbury, 4 states disagreed with the position and 6 of them have taken some time to consider the matter.

Among those who strongly opposed the decision were Bulgaria, Slovenia, Austria and Cyprus. Slovakia, Greece, Portugal, Luxemburg and Malta are also hesitant to join the UK despite a long history of support. Their top official preferred to point out that the investigation, which is to prove Russia’s involvement in Skripal’s murder attempt, is not over yet.

The senior researcher from the Russian Institute for Slavic Studies of the Russian Science Academy Petr Iskanderov told Sputnik that expulsion of Russian diplomats is too serious a step to take, in that it could provoke a certain response, and the lack of evidence is not satisfactory.

“Although the UK has its lobby in Scandinavia, the Baltic states and Poland, Bulgaria is not among them anymore.  Under the new geopolitical circumstances Sofia wants to keep its neutral position. The Austrian authorities endorse the same approach, as they want to become a connection between East and West. From this position, expulsion makes no sense,” he said.

Bulgarian Prime Minister Boyko Borissov reminded of the Iraqi campaign over the accusations, which were proved baseless later, “I told Theresa May that Saddam Hussein was accused of creating chemical weapons. Then Prime Minister Tony Blair had to apologize, but the consequences are still awful.”

EU-member Austria was also among those who didn’t join the diplomatic demarche, although chancellor Sebastian stated that the bloc members expressed their solidarity with the United Kingdom over the Skripal and condemned the incident.

"We want to keep the channels of communication to Russia open. Austria is a neutral country and sees itself as a bridge-builder between East and West," said Kurz.

Meanwhile, Austrian foreign minister Karin Kneissl emphasized that the situation is not certain yet.

"The Organization for the Prohibition of Chemical Weapons (OPCW) has been working in London for seven days already, and the investigation hasn’t 100% proved Russia’s involvement," she said.

Slovenia has also refused to send diplomats away, but called for a thorough investigation into the poisoning of Sergei Skripal, with Moscow's participation in the probe, and strongly condemned any use of chemical weapons.

Neighborly Slovakia has taken a strong stand, as the Prime Minister told the Parliament his government will not yield to any pressure, pointing out that the investigation has not yet proved Russia guilty.

The UK’s NATO allies from overseas have been more unanimous in their reaction, expelling  66 Russian diplomats. The US, didn't just send the envoys home, it closed the Russian consulate in Seattle. It has taken the lead with 60 diplomats, including those who work in the UN headquarters. The EU-members as well as European non-members have been more reserved, expelling from 1 to 4 diplomats apiece. Only Ukraine stands out, with 13 Russian Embassy staff members.

The head of the Centre for European Studies of Moscow’s Higher School of Economics Timophei Borodachev  suggested that if somebody wanted to harm Russia, the list would contain the Baltic states, the US and Poland.

“Other EU countries have signaled they act under pressure, their solidarity is formal. Some have ignored it totally…France and Germany don’t need a decline in relations with Moscow, but they need to stay the EU leaders and support the European majority, without waking doubts among the smaller states, like the Baltic countries, that Paris and Berlin will take their side. On the whole, the EU-members were not that enthusiastic about it.Speaking about Poland, it’s rampant Russophobia as it is. If an aggressive dog attacks you, you don’t try to analyze its behavior. It’s just an aggressive dog,” he said.

On March 4, Skripal and his daughter Yulia were found unconscious on a bench at a shopping center in Salisbury and are currently being treated for exposure to what UK experts believe to be the A234 nerve agent. The UK side claimed that this substance was developed in the Soviet Union and accused Russia of orchestrating the attack.