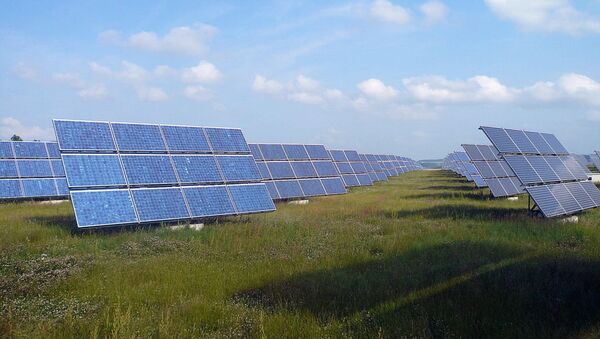 The world’s biggest solar station, which will be able to generate around 7.2 gigawatts of power in 2019, and 200 gigawatts by 2030, will soon appear on the Saudi soil, thanks to the sponsors’ efforts.

The memorandum has been signed in New York by Saudi Arabia's Crown Prince Mohammad bin Salman and SoftBank's head Masayoshi Son, Al Arabiya channel reported. The partners are joint investors in the $100 billion Vision Fund, the world’s largest private equity fund, which will cover the initial expenses in the first phase of the business project.

The venture is large-scale indeed, given the projected capacity of the would-be solar deployment. Just to note, all the solar power stations around the globe generate around 400 gigawatts, exceeding, albeit slightly, the amount of nuclear generated power.

According to SoftBank chief Masayoshi Son the first phase of the scheme will cost around $5 billion. The Vision Fund will inject $1 billion into that, while the rest of the finances will come from loans.