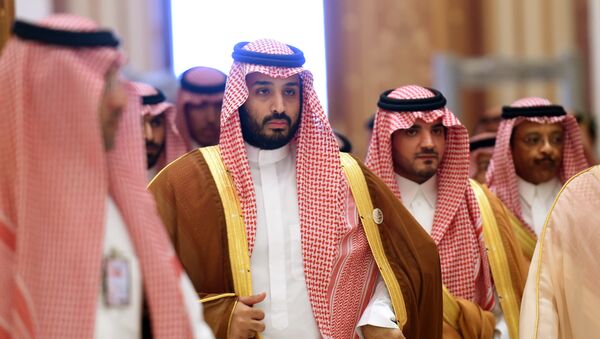 Western nations urged Saudi Arabia to invest in the endorsement of Wahhabism during the Cold War era to prevent the Soviet Union from gaining influence in the Muslim world, Crown Prince Mohammed bin Salman said in a recent interview. He also admitted the kingdom “lost track” of it.

The Saudi-backed spread of Wahhabism — the most strict and violent branch of Islam — started because Western nations asked Saudi Arabia to help counter the Soviet Union, bin Salman said in an interview to Washington Post.

New Poll Shows What Most Americans Think About US-Saudi Relationship
Riyadh invested in mosques and madrasas overseas to prevent the USSR from gaining influence in Muslim countries, he said on March 22 in an interview on March 22 that was reportedly initially kept off record.

He admitted that Saudi Arabia lost track of the effort, too. "We have to get it all back," he said.

However, today most support for Wahhabis comes not from Saudi Government per se, but from Saudi-based "foundations."

Speaking with the Washington Post, the Crown Prince denied that he met with Jared Kushner, the White House adviser and US President Donald Trump's son-in-law, saying it would be "really insane" for him to trade classified information with Kushner or to try to use him to advance Saudi interests within the Trump administration.

He also commented on the war in Yemen, for which Riyadh receives a large amount of criticism, as the war has caused a major humanitarian catastrophe, including a famine and cholera epidemic.

According to bin Salman, Saudi Arabia has not passed up "any opportunity" to improve the humanitarian situation in the country.

"There are not good options and bad options. The options are between bad and worse," he said.

The Saudi-led coalition seeks to return the ousted Abdrabbuh Mansour Hadi to the Yemeni presidency, but is faced with serious opposition from Houthi rebels.