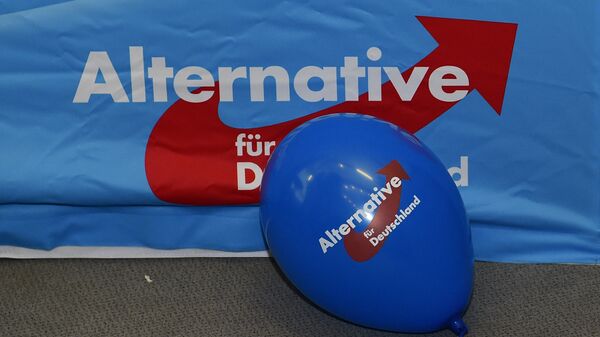 Earlier this month, 85-year-old holocaust survivor Mireille Knoll was stabbed 11 times before being set on fire in her flat in the French capital in what is believed to be an anti-Semitic attack. Two Muslim men, one of whom was her neighbor, have been arrested and charged for this brutal murder.

A senior official from Germany’s Alternative for Deutschland (AfD) party expressed her horror at the attack and warned that “Muslim anti-Semitism is the greatest and most dreadful threat to our Jewish citizens and Jewish life in Europe.”

"This terrible bloodletting must rouse all of Europe. Seventy-five years after she escaped deportation, Mireille Knoll, a survivor of the Holocaust, fell victim to Muslim anti-Semitism imported into Europe. The Islamization of Europe has deadly consequences,” leader of the AfD party in the Bundestag Alice Weidel said on Wednesday, according to an official party press release.

Two Charged After Shocking Anti-Semitic Murder of French Jewish Woman - Reports
She went on to recall the murder of a Jewish doctor in Paris last year by her Muslim neighbor, in a similar attack against the city's Jewish community.

Ms. Weidel also highlighted the growing anti-Semitic sentiment in Germany and called for immediate action to tackle the threat.

“Assaults on Jews and anti-Semitic attacks on the street or in schools are no longer a rarity in Germany. Wordy condemnation of anti-Semitism is not enough. German politics, too, has a duty to fight Muslim anti-Semitism with determination and action.”

She attributed the growing extent of the problem to “Muslim mass immigration,” which she called for an end to.

“Above all, this means stopping Muslim mass immigration and resolute action against Muslim parallel societies in which hatred of Jews thrives. We must not wait until imported Muslim anti-Semitism demands deaths in Germany as well," Ms Weidel concluded.

Meanwhile, French President Emmanuel Macron condemned the attack via Twitter and reaffirmed his intent to fight anti-Semitism, but is yet to announce any kneejerk policies or measures to tackle the troubling matter.