About 11,000 Individuals on French List of Potential Terror Suspects - Minister 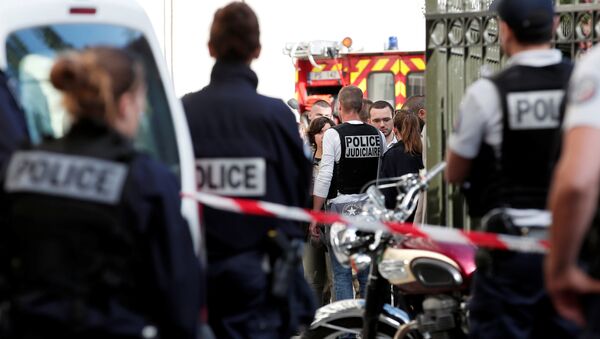 On Monday, Laurent Wauquiez, the leader of France's party The Republicans, demanded the country's return to a state of emergency in the wake of a hostage crisis in a supermarket in the south of France on March 23, which claimed the lives of four people.

The terrorist attack was conducted by a man of Moroccan origin, who demanded the release of 2015 Paris attacks suspect. Redouane Lakdim hijacked a car in the city of Carcassonne and then took several people hostage at a supermarket in Trebes. In total, Lakdim killed four people, including a police officer who swapped himself for a hostage. The attacker was killed by police as they stormed the supermarket. During the attack, Lakdim reportedly pledged allegiance to Daesh* terrorist group.

Marine Le Pen Demands French Interior Minister's Resignation Amid Trebes Attack
Macron described the attack as an act of "Islamic terrorism," while noting that the claims by Daesh terrorist group of being behind the attacks had not been verified so far.

The state of emergency was introduced after the 2015 terrorist attacks in Paris and was lifted in November of last year, but French soldiers have continued to patrol major tourist sites as part of the counterterrorism mission.

* Daesh, also known as Islamic State, ISIS, IS is a terrorist group, banned in Russia