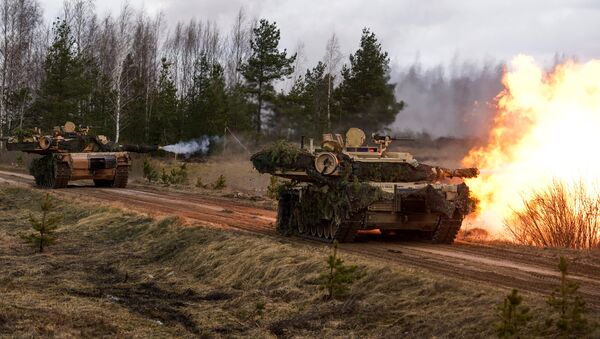 Ekaterina Blinova
All materialsWrite to the author
The UK's recent diplomatic row is by no means an isolated case, geopolitical analyst Phil Butler told Sputnik, referring to the mounting pressure exerted by the West on Russia over the past years.

The sort of rhetoric Prime Minister Theresa May and the British Parliament used when accusing Moscow of poisoning former spy Sergei Skripal has not been leveled at Russia since the Cuban Missile Crisis in the 1960s, geopolitical analyst Phil Butler told Sputnik.

"Looking at President Trump's seeming eagerness to jump on board, combined with his appointing the psychotic John Bolton as National Security Advisor, the picture does not look good at all. The level of aggression has simply ratcheted up many notches. I am sure this is why Mr. Putin warned the world of Russia's new and devastating weapons. The Kremlin surely knows more than any of the rest of us," the geopolitical analyst highlighted.

OPCW May End Analysis of Substance Used for Skripal Poisoning Within 2-3 Weeks
Following the poisoning of former MI6 asset Skripal in Salisbury, British Prime Minister Theresa May rushed to point the finger of blame at Russia, although the investigation into the case is far from being completed. In addition to disrupting high-level diplomatic ties with Moscow and expelling 23 Russian envoys from the UK, the British leadership called upon the US and European countries to follow in its footsteps.

As a result, the White House tweeted Monday that 23 countries agreed to expel 137 Russian diplomats over the Skripal poisoning case. However, 11 EU member states, namely, Austria, Belgium, Bulgaria, Cyprus, Greece, Ireland, Luxembourg, Malta, Portugal, Slovakia and Slovenia, have not demonstrated "solidarity" with London and refused to boot out Russian envoys.

Today, President Trump ordered the expulsion of dozens of Russian intelligence officers from the U.S. and the closure of the Russian consulate in Seattle. With these steps, the U.S. and our allies and partners make clear to Russia that its actions have consequences. pic.twitter.com/rfGFXXrUlH

​According to Butler, one should not view the recent diplomatic row as an isolated case, "when in fact the West has unleashed a large scale onslaught on every front against Russia and [President] Vladimir Putin."

"The UK chemical weapons charade is just part of a plan involving widespread cyber-attacks, social and political assaults, media manipulation, and real strategic and tactical elements," the geopolitical analyst emphasized. "Take for example the Israeli hype over Gaza incursions and presumed Hezbollah intercessions. Look at the whole spectrum, and you see what I mean."

The analyst remarked that by hyping up the hysteria over the alleged chemical attack against Skripal, London and its allies are seemingly seeking to kill several birds with one stone: namely, to boycott the Russia-hosted 2018 World Cup, undermine the Nord Stream 2 project and exert considerable pressure on the Russo-Syrian military coalition which is successfully advancing in Eastern Ghouta.

"Yes, this is exactly what is happening," Butler suggested. "While Nord Stream and other facets are important, but the World Cup is where the liberal order has put Mr. Putin in a tough position. I am sure he will parry this stab, but think about empty stadiums and the gut punch this would be. Putin's/Russia's response to this, if it happens, has to be perfect or the world gets split down the middle."

Meanwhile, Australia signaled Tuesday that although it is expelling two Russian diplomats in response to the supposed nerve agent attack in the UK, the Australian government is not considering a boycott of the FIFA event in Russia.

That is wrong — the government is not considering a boycott of the #World Cup. https://t.co/WfEgLl7reb

​For his part, UK Foreign Secretary Boris Johnson said the same day that London has "no plans to boycott the World Cup," since it has "no desire to punish English fans." 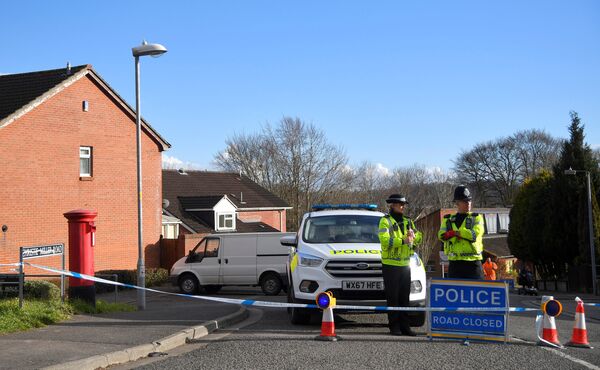 On the other hand, Defense Secretary Gavin Williamson announced Monday that the UK is ready to take action against Russia's assets of questionable origin in accordance with the newly adopted law.

When asked whether the measure is London's extravagant way to fix its financial problems triggered by Brexit, Butler pointed out that "the sums we are talking about are a drop in the bucket compared to the trillions these people are spending trying to perpetrate a global hegemony."

According to the geopolitical analyst, the move "is more punitive and provocative."

"What I can say, is that those individuals losing funds will be swallowing a bitter pill for the cause," he presumed. "And this is what the purveyors in Britain want, to sow more discord. It is all really transparent after a while."

Referring to the West's narrative on the Magnitsky and Litvinenko cases, as well as the downing of the MH17 over Ukraine and Russia's alleged interference in the US 2016 presidential election, to name a few, the analyst opined that "these provocations were deliberate efforts to undermine anything positive about Russia on the world stage."

"The poor sportsmanship and the dangerous implications are nothing short of diabolical," Butler remarked.

War in the Making? US, Its Allies Turn a Deaf Ear to Putin's Warning – Analyst
Earlier this month Wiltshire police found former intelligence agent Sergei Skripal, 66, and his daughter Yulia, 33, unconscious on the bench near a shopping center in Salisbury. It was reported that the Skripals had fallen victim to an alleged chemical attack, being poisoned by nerve agent А-234.

Skripal, an MI6 agent codenamed "Forthwith," was arrested in Russia in 2004 and six years later swapped along with three other persons for 10 Russian sleeper agents exposed in the US in 2010.

Following the UK's expulsion of 23 Russian diplomats over the Skripal case, Moscow booted out 23 British envoys from Russia.

"Yesterday was a significant moment in our response to this reckless act of aggression, but there is still more to be done as we work with international partners on a long-term response to the challenge posed by Russia," May's spokesperson told journalists on March 27.