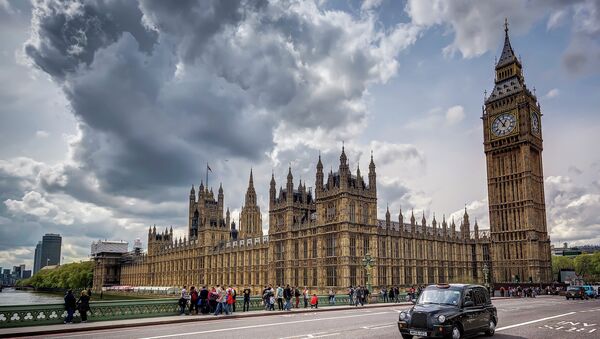 © Flickr / Javier Díaz Barrera
Subscribe
British lawmakers are shifting their focus towards the offshores and tax havens detailed in the Panama and Paradise papers, in order to improve tax collection, curb multinationals' tax avoidance practices, and track the money flows of ill-gotten gains.

Kristian Rouz — Members of Parliament (MPs) are set to investigate the mechanisms of the UK's VAT collections system after the Her Majesty's Revenue and Customs (HMRC) reported billions of value-added taxes missing from the budget.

VAT collections make up the second-biggest segment of unpaid taxes in the UK, and a systemic malfunction in this sphere could have serious negative consequences for the nation's fiscal sustainability.

The House of Commons' Treasury Committee — which oversees the word of the Exchequer and the Bank of England — announced Tuesday that it would probe the underlying reasons behind the poor performance of the VAT system. Some MPs suspect corruption, while others point to loopholes and organized crime.

"There are concerns about the extent to which HMRC balances its responsibility to collect the right amount of tax due against its obligations to administer the tax system fairly and even-handedly," Labor MP John Mann said.

MPs say the three separate probes will address tax collection, avoidance and evasion, respectively. They say the Exchequer was unable to collect the billions in question during fiscal year 2015/16 alone.

The Committee is particularly interested in the use of offshore tax havens, as well as other forms of tax avoidance, specifically those detailed in the Panama and Paradise papers.

"There are concerns about the extent to which HMRC balances its responsibility to collect the right amount of tax due against its obligations to administer the tax system fairly and even-handedly," Mann said. "While we cannot look into individual cases, the subcommittee will examine whether HMRC is meeting the standards of its internal governance processes that are intended to ensure that it deals with all tax disputes fairly."

MPs allege the Exchequer might be offering ‘sweetheart deals' to multinational enterprises operating in the UK, giving them an unfair advantage over domestic companies which have to comply with the UK tax rules to a greater extent.

UK Parliament Asks 'What Does Global Britain Mean?'
Mann said such practices constitute ‘a matter of national shame', and vowed a crackdown on shell companies. He also said he expects tax accountants for the multinationals to cooperate with the probes.

"We'll be pressing the enablers and facilitators in the tax profession and others, summoning them before Parliament to hear how their schemes work and how they justify it," Mann stressed.

This comes in the wake of the EU's looming crackdown on international tech giants, which operate in the European market while paying exceptionally low taxes because they are domiciled in another country.

"There are practices that we have reasons to think are suspect," EU tax commissioner Pierre Moscovici said, discussing VAT matters in connection with the purchases of private yachts and jets.

British MPs will also look into the capital flows through the UK's overseas territories, some of which are known as tax havens and are home to multi-billion-pound offshore entities, including bank accounts and shell firms. Some of these territories have rebuffed London's pressure to implement fiscal transparency standards, which would allow the UK to bolster VAT tax collections.

Last year, the Treasury collected some £124 bln of VAT, which is over 20 percent of total UK tax revenue.

"The reasons for why VAT is so vulnerable are somewhat opaque, so the committee will examine how this might be addressed," chair of the Treasury committee Nicky Morgan said.

Earlier this month, Chancellor of the Exchequer Philip Hammond commenced a consultation, seeking to improve the implementation of VAT in the e-commerce sector. Some online retailers don't charge VAT when selling products to UK customers, thus undermining free market competition to the disadvantage of the British retailers.

These measures come amid a global wave of fiscal stimuli, and many governments outside the UK seek to introduce tax breaks to support economic activity. The UK is not an exception — however, in order to be able to afford tax cuts, the existing tax collection system must be properly administered, some MPs argue.