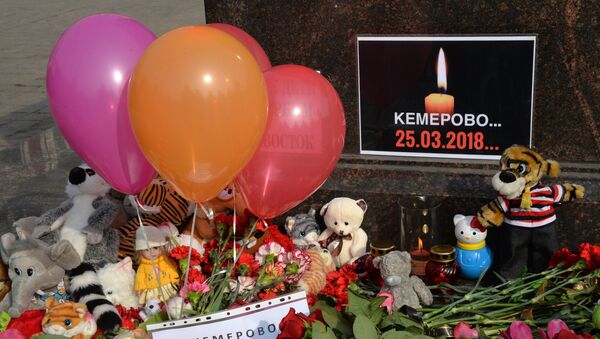 The vice governor of the Siberian city of Kemerovo, Sergei Tsivilev, kneeled before the families of the victims of a major fire that took place in a shopping center last Sunday.

"I ask for your forgiveness: from everyone who suffered, from all the residents of the city; I apologize for what happened," Tsivilev said at the rally of families of victims of the recent fire that took the lives of more than 60 people.

"I understand that words alone cannot express the pain and the sorrow that we feel right now," he said. "This is a shared tragedy. I say that all those who are responsible for this tragedy will be punished. I once again apologize to those who are in this difficult situation."

"And I kneel before these people," he said, kneeling before the audience.

The gesture received an immediate but mixed reaction. On the video, voices shouting "Shame!" and "oh, don't you do all that!" can be heard, mixed with cheers "Right, Right!" and "Well done!" along with applause.

The protesters, who included the grieving families of the victims of the fire, demanded that local authorities reveal the real death toll of the tragedy. Speaking to the audience, Tsivilev promised that the investigation will be open and transparent.

According to latest official data, the fire in the Zimnyaya Vishnya shopping center took lives of 64 people, including a large number of children. A nationwide day of mourning has been declared Wednesday for the victims of the tragedy.