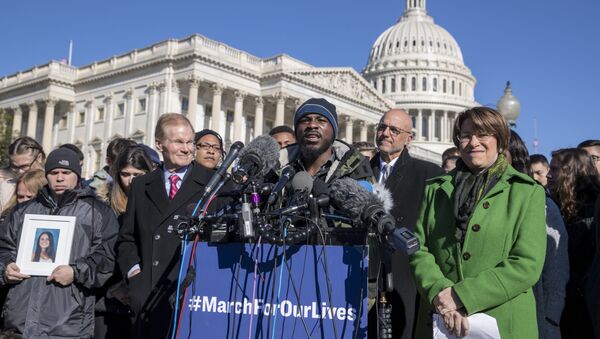 WASHINGTON (Sputnik) - Almost two-thirds of US voters support a ban on assault weapons in the United States, a new poll published by Public Policy Polling revealed on Monday.

Sixty percent of poll respondents say they want stronger gun laws in the United States while 32 percent are opposed to the idea, the release also said.

Moreover, almost 90 percent of poll respondents say they support background checks for all gun buyers and 8 percent oppose them, the release added.

In addition, a majority of poll respondents supported students who organized two nationwide rallies on March 14 and March 24 against schools shootings.

Rallies against gun violence and stricter gun control were organized throughout the United States after the latest mass shooting in a Parkland, Florida high school in which 17 people were killed.