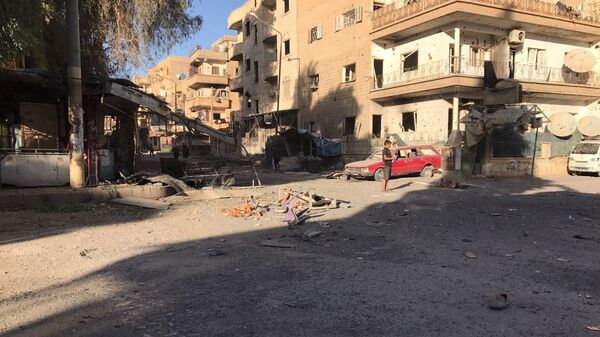 BEIRUT (Sputnik) - The cultural heritage monuments in the Syrian province of Deir ez-Zor, including those in the ancient Semitic city of Mari, have sustained serious damage due to the actions of Daesh, a representative of Syria's General Directorate for Antiquities and Museums said Tuesday.

"According to the reports compiled by the General Directorate for Antiquities and Museums, the Mari complex sustained significant damage due to the actions of terrorist groups*; this is a part of the whole chain of attacks on objects of Syrian cultural heritage," the department's director general, Mahmoud Hamoud, said, as quoted by SANA news agency.

According to Hamoud, several ancient buildings that are part of the Mari complex, including the temple of the last king Zimri Lim, have been seriously damaged. 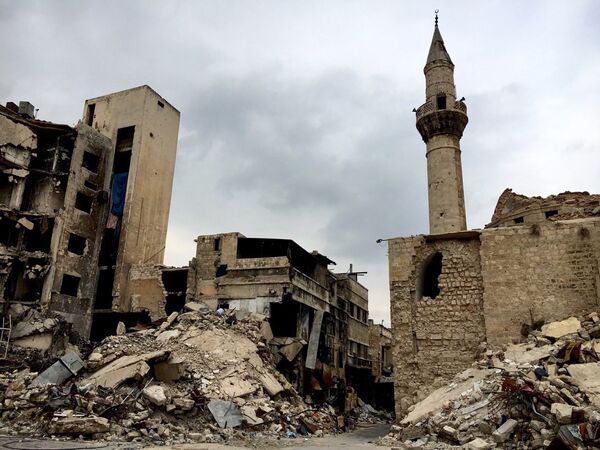 Old Town destruction in Aleppo. This 12th-16th-century set of buildings was included into the UNESCO World Heritage list in 1986.
© Sputnik / Michael Alaeddin
/
Go to the photo bank

Six Syrian heritage areas are on UNESCO’s World Heritage List and 12 more have been nominated for inclusion. The ongoing conflict in the country has already ruined or severely damaged a number of objects of cultural patrimony, including the ancient city of Palmyra, located northeast of Damascus.

*Daesh — a terrorist group banned in numerous countries, including Russia