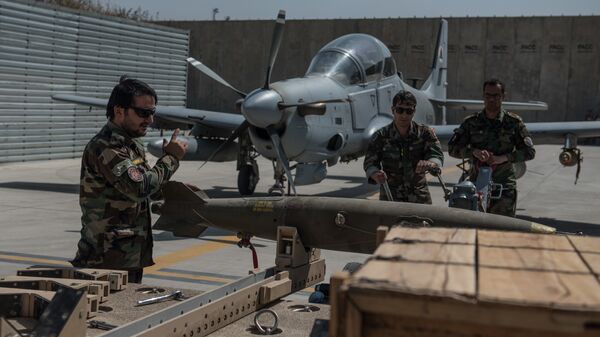 An Afghan Air Force A-29 Super Tucano recently dropped a laser-guided bomb on a Taliban compound in western Afghanistan, a first for the Afghani aerial force, which had previously never dropped a comparable precision-guided munition.

"The drop resulted in a direct hit along the route of a major Afghan National Army clearing operation," according to a March 27 statement from NATO's Resolute Support Headquarters.

The A-29 pilot deployed the laser-guided bomb "because of the target's close proximity to civilians," the NATO statement noted.

US Air Force Brigadier General Lance Bunch, director of future operations, told reporters in December that the US and NATO was looking to grow the Afghan Air Force three times larger than its current size by 2023.

The AAF "is conducting significantly more air operations in direct support of the ANDSF [Afghan National Defense and Security Forces] on the battlefield, to the tune of 599 more sorties this year than they did the year before."