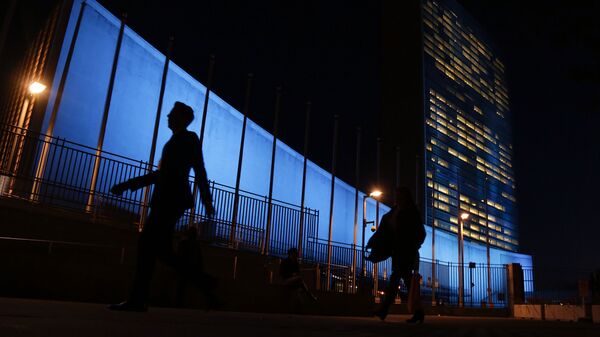 "The expulsion of Russian diplomats as well as other recent unfriendly steps, such as restriction of access to Russian diplomatic property, visa denials to mission staff and other, can be viewed as the US abusing its rights and privileges as the hosting country," Nebenzia said on Monday.

Earlier in the day, the US government announced that it was expelling a total of 60 Russian diplomats — including 48 from Washington, DC and 12 from New York City — in connection with Moscow’s alleged role in the poisoning of Russian spy Sergei Skripal in the UK.

Asia
Australia to Expel 2 Russian Diplomats Over Skripal Case - Reports
The United States also said it was closing the Russian consulate in Seattle, Washington. Russia has strongly rejected the accusations and offered to help in the Skripal probe. However, Moscow's request for samples of the chemical substance used to poison Skripal was rejected.

On March 4, Skripal and his daughter were found unconscious and are currently being treated for exposure to what UK experts believe to be the A234 nerve agent. UK Prime Minister Theresa May accused Russia of orchestrating the attack and expelled 23 Russian diplomats as a punitive measure. In response, Moscow expelled 23 UK diplomats.

The Russian side has strongly rejected the accusations. In fact, the Russian government offered to assist with the Skripal probe but London denied Moscow's request for samples of the chemical substance used in the incident.

The Russian Foreign Ministry’s department of nonproliferation last week said the poisoning of Skripal might have been orchestrated by the United States, London's close ally and an owner of a large chemical weapons arsenal.