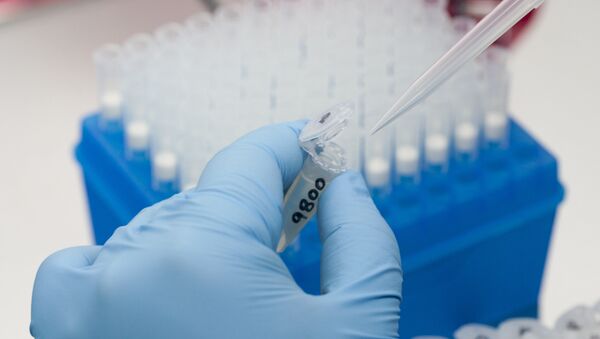 © AP Photo / Arnulfo Franco
Subscribe
The infectious disease primarily affects the liver and complications to the disease can cause liver death or liver cancer.

According to figures revealed in the latest edition of the The Lancet Journal of Gastroenterology and Hepatology, at least 300 million people worldwide are infected with the Hepatitis B virus while only five percent, or one in twenty sufferers are receiving needed medical care.

The reports authors warn that unless levels of state investment in scaling back the disease are ramped up worldwide, the World Health Organization's envisioned target of disease elimination by 2030 will be missed.

Regions most affected by the disease are sub-Saharan Africa and east Asia. The country with the highest prevalence is the Central African Republic, in which 12.1 percent of the population carry the disease. Several Asian countries collectively account for nearly 60 percent of global cases including China, India, the Philippines and Indonesia.

The report also warned that pregnant infected women, the demographic most at risk of passing on the disease, fewer than one percent are receiving anti-viral drugs which prevent mother-to-foetus transmission.

Hepatitis B is an infectious disease that is primarily transmitted through contact with the body fluids of an already infected person.

Data from the Polaris Observatory, which participated in the research and regularly reports on efforts to curb Hepatitis more generally, only a handful of countries are on track to eliminate the disease by 2030, including Japan, Australia, France, Germany, Iceland, the Netherlands, Qatar and Egypt while most other states are falling far short of their targets.