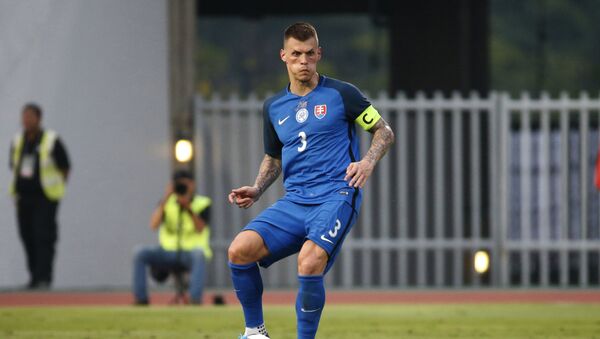 The former Liverpool defender was knocked unconscious 27 minutes into a friendly against Thailand, and teammate Ondrej Duda just might have saved his life.

It was immediately clear Martin Skrtel was not okay, when the Slovakia defender took a ball right to the forehead in the first half of an international tune-up fixture in Thailand.

Skrtel appeared to have swallowed his tongue as Duda was quick to his rescue before medics took the field, putting the action on hold.

Relieved to hear Martin Skrtel is okay after getting knocked out and swallowing his tongue today pic.twitter.com/dzra8KCyqH

​What is even more amazing is that despite the obvious concussion symptoms, the 33-year old Fenerbahce star was allowed to play on for another 45 minutes.

Skrtel's savior Duda, who had already opened the scoring, went on to add the decisive assist in a 3-2 Slovakia victory.