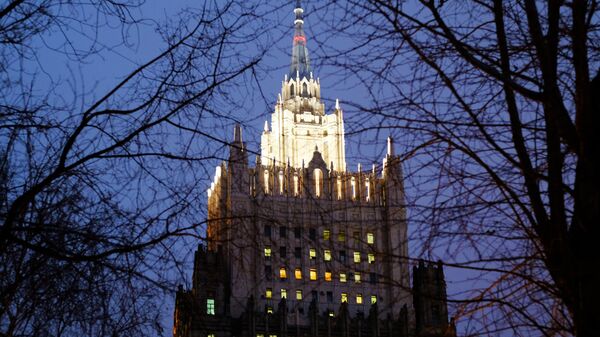 Nearly half of the European Union’s member states decided to refrain from the gesture of “solidarity” with London and refrained from expelling Russian diplomats over alleged Russian involvement in former Russian-British double agent Sergei Skripal’s poisoning.

Moscow Vows Response to Expulsion of Diplomats From European States, US, Canada
However, 11 EU member states decided to abstain from London's gesture and refrained from expelling any Russian diplomats. Those 11 are: Austria, Belgium, Bulgaria, Cyprus, Greece, Ireland, Luxembourg, Malta, Portugal, Slovakia and Slovenia.

Austria, Slovenia, Bulgaria and Cyprus have already made a statement that they will not expel Russian diplomats. Slovakia announced that it "reserved the right to take further steps," and summoned the Russian ambassador to the Foreign Ministry for consultation. The remaining countries have made no announcements whatsoever.

Overall, 21 nations — mostly EU and NATO members — expelled Russian diplomats over Skripal case. Curiously, the countries that expelled the largest numbers are not even EU members: the US and Ukraine.

Most recently, Iceland suspended "bilateral dialogue at the highest levels with Russia," as the Russian envoy to the country, Anton Vasilyev, announced earlier today. The island country also announced it will boycott the 2018 World Cup, which is being held in Russia.

The US announced the closure of the Russian consulate in Seattle and the expulsion of 60 diplomats, of whom 48 are claimed by White House to be intelligence agents working in Washington and 12 are posted at United Nations headquarters in New York.

"The United States takes this action in conjunction with our NATO allies and partners around the world in response to Russia's use of a military-grade chemical weapon on the soil of the United Kingdom, the latest in its ongoing pattern of destabilizing activities around the world," White House Press Secretary Sarah Huckabee Sanders said in a statement.

British Prime Minister Theresa May noted it was the "largest collective expulsion of Russian intelligence officers in history."

"We have no disagreement with the Russian people who have achieved so much through their country's great history. But President [Vladimir] Putin's regime is carrying out acts of aggression against our shared values," she said Monday, according to CNN. "The United Kingdom will stand shoulder-to-shoulder with the EU and NATO to face down these threats."

The Russian Foreign Ministry reacted to the demarche and published an official statement on its website.

"We express our strong protest in the wake of the decision taken by a number of EU and NATO member countries to expel Russian diplomats. We consider this as an unfriendly step that is not consistent with the goals and interests of establishing the underlying reasons and searching for the perpetrators of the [Skripal incident.]"

"It goes without saying that this unfriendly move by this group of countries will not go unnoticed, and we will respond to it," it reads.

The UK has accused Russia of poisoning Skripal, saying that the A-234 nerve agent was used, which led to Skripal and his daughter Yulia being hospitalized, where they remain in critical condition. The official investigation of the incident is not yet fully completed.