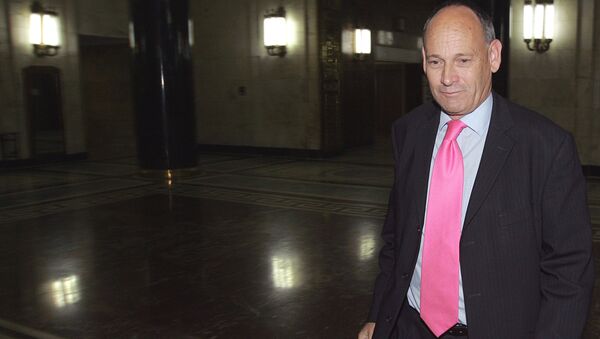 The UK’s former ambassador to Russia Sir Tony Brenton has predicted the normalization of diplomatic relations between the two countries within “a few months,” explaining it by the need to maintain high-level contacts, The Independent reported.

Speaking to The Independent, Brenton suggested that the waters would be calmed within “few months,” and the diplomatic hostility between Russia and the West would “erode away.”

Brenton, who experienced dealing with the aftermath of a similar crisis in the relations between Moscow and London following Alexander Litvinenko’s poisoning in 2006, stressed that Britain would “need the Russians to help us” in various situations.

During his tenure, the former ambassador recalled that fifteen British Royal Navy personnel from HMS Cornwall were accused of having entered Iranian waters and were held captive; it was Russia’s influence over Tehran that helped release the sailors.

“Things like that happen quite regularly and at various levels we will need the Russians to help us,” he said.

Furthermore, Brenton proceeded to say that despite the fact that relations between Moscow and the West had worsened following Crimea’s reunification with Russia and the introduction of anti-Russia sanctions by Europe and the US, the situation gradually improved.

“The interesting parallel here is that the West was going to ‘isolate’ Russia after Ukraine and did so for a little bit, but this ended up eroding away. These high-level freezes tend to erode quite rapidly because the world has to do its business. We will be slow to resume our ties, but we will in a few months’ time as we need to get back to being able to do business with the Russians,” Sir Tony said.

May the Bridges I Burn Light the Way?

While the former ambassador approved of the measures taken by the UK government as a response to the alleged attack on ex-Russian spy Sergei Skripal, he, at the same time, warned that the language used by the authorities was “unnecessarily virulent.”

“Obviously we have to react robustly and firmly to deal with the Skripal outrage, but at some point we are going to have to get back to doing business with Russia. We should certainly be taking action that minimizes the recurrence of [a similar] attack, but we should not be burning our bridges so much that we cannot re-establish lines of communication. It seems to me that Gavin Williamson and Boris Johnson are dangerously close to burning those bridges,” he told The Independent.

Commenting on the Skripal incident on March 15, the British Defense Minister Gavin Williamson made a harsh remark about Moscow’s potential retaliatory measures to the expulsion of 23 Russian diplomats from the UK.

"What we will do is look at what Russia responds to what we have done. It's absolutely atrocious what Russia did in Salisbury. We have responded to that. Frankly, Russia should go away and should shut up. But if they do respond to the action we have taken, we will consider it carefully and we will look at our options but it would be wrong to prejudge our response," Williamson said.

Russia’s Nuclear Arsenal Is an Ace Up Its Sleeve

According to Brenton, the Skripal incident has become the “latest manifestation” of how bilateral relations had deteriorated, warning that the confrontation had reached a point where Putin devotes a chunk of his election speech to boasting about nuclear weapons.

“The Russians are very proud, they know in any confrontation they would lose, but their final ace in the hole is their nuclear arsenal. That does not mean they want to use it or are planning to use it, but we must steer the world away from them wanting to use it,” he added.

On March 4, former Russian spy Sergei Skripal and his daughter were found unconscious in a shopping center in Salisbury, UK, after being exposed to a chemical substance, later identified by the police as the military-grade nerve agent Novichok, allegedly developed by Russia. The UK government stated that it was “highly likely” that Moscow was to blame and accused Russia of “attempted murder,” with Prime Minister Theresa May ordering the expulsion of 23 Russian diplomats from the country.

Moscow has vehemently denied the accusations and has repeatedly requested access to samples of the substance allegedly used in Salisbury as evidence; the UK has denied the requests. Russia, for its part, gave a symmetrical response, having declared 23 British diplomats personae non gratae and revoked its agreement on the UK General Consulate’s operation in St. Petersburg.