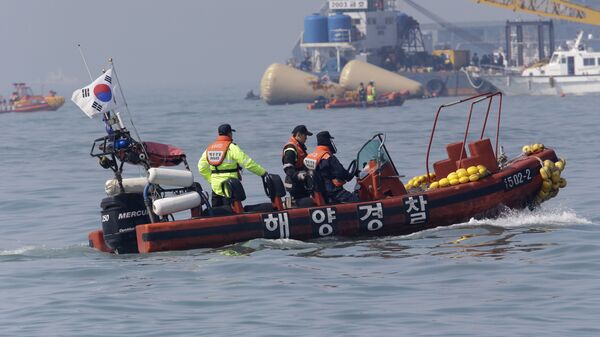 South Korea's coast guard has said that it's trying to rescue 192 people from a ferry that hit a rock off country's southwest coast.

According to an official, four coast guard vessels and civilian vessels has been deployed to the scene of the incident. The official noted that the vessel hadn't shown any signs of flooding or losing balance, adding that all people on board were wearing life vests.

"It seems that the ferry's front grazed the rock after it changed directions to avoid a fishing boat passing by," said the official.

The incident occurred not far from the area, where a ferry sank back in 2014, killing more than 300 people.

According to the latest data, all people have been saved, the coast guard said, adding that there were 163 people on the ferry, including 158 passengers and five crew members.