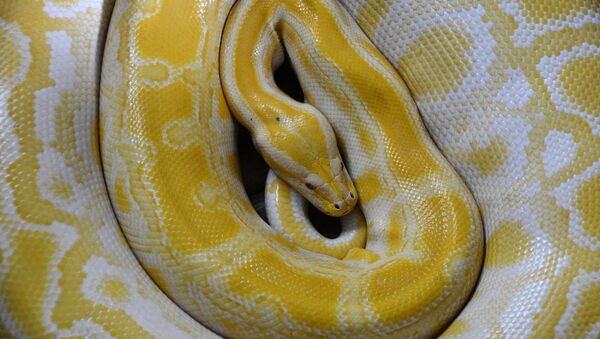 A street snake charmer was doing his daily job, performing a live show with his python for passersby, when it suddenly turned into an emergency situation.

An extremely graphic video features an Indian man calling people’s attention to watch his performance, and as the show went on, his snake wrapped around his neck until the charmer passed out. While at first the man looked calm and did not panic, trying to get the snake off his neck, he appeared to have been struggling with the reptile, which apparently tried to strangle him.

After a few seconds he lost consciousness in front of the crowd. Several people from the audience removed the python from his neck, trying to help him come to senses, and took the man to a hospital in the Indian city of Varanasi.