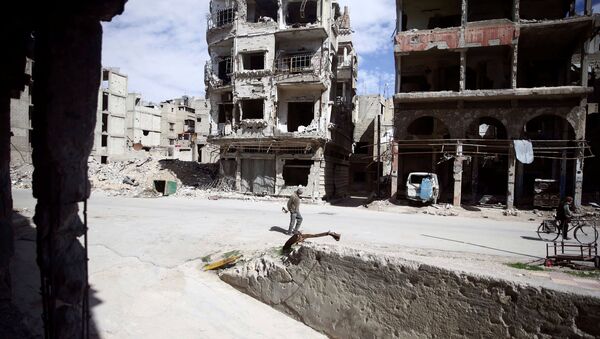 © REUTERS / Bassam Khabieh
Subscribe
A man named Ahmed has shared with Sputnik the story of his life in Syria’s Eastern Ghouta before he was released from a prison, established by Daesh terrorist* group.

“It was impossible to get out, if someone tried to flee to the regions controlled by the Syrian army, he put his life and the lives of relatives in jeopardy,” Ahmed says.

The former prisoner has revealed that a failed attempt to escape made things worse, as terrorists’ views stipulated that such a person should be regarded as a traitor; they might not have killed him, but they violated his rights in different ways.

“I was forced to maintain the idea of creating an Islamic state; to achieve that goal we needed to dishonor the Syrian state and the army, otherwise a person was considered an infidel, non-Muslim, although the militants’ beliefs and actions are far from the religion of Islam.”

Ahmed has shared with Sputnik that he is extremely happy to be free, and it is a “miracle” that he and his family are finally free from the horrors of life under the terrorists. 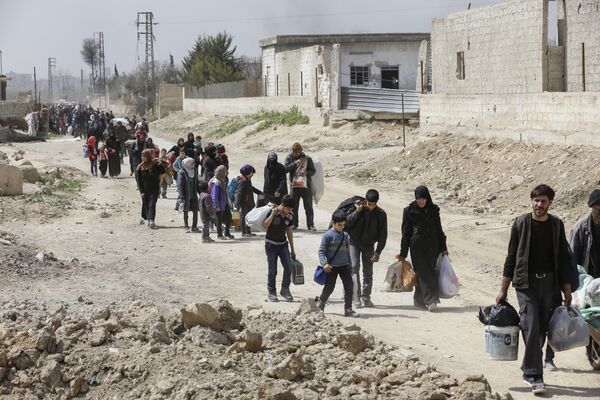 Syrians civilians evacuated from the Eastern Ghouta enclave pass with belongings through the regime-controlled corridor opened by government forces in Hawsh al-Ashaari, east of the enclave town of Hamouria on the outskirts of the capital Damascus on March 15, 2018
© AFP 2021 / LOUAI BESHARA

“The militants have significantly changed our lives. As soon as they seized power in our region, they set up prisons and torture rooms. They were constantly accusing the government and the army of everything through the media.”

Speaking about the liberation, he added that the Syrian army has realized that prisoners were not to blame, as the militants used them as human shields.” 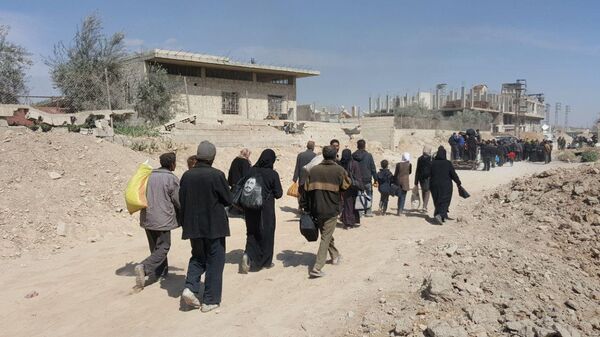 According to the Syrian army command, government troops have already liberated 70 percent of Eastern Ghouta's territory, which has been under terrorists' control since 2012.

*Also known as ISIS/ISIL/IS, a terrorist group banned in Russia