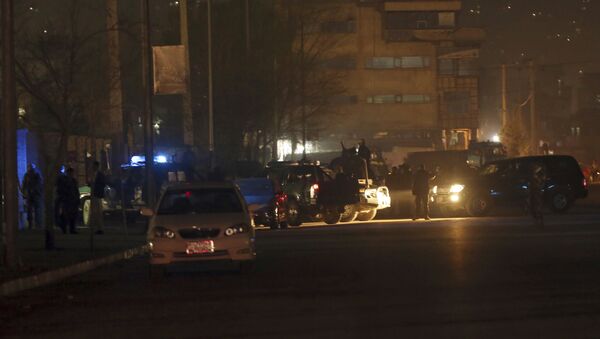 MOSCOW (Sputnik) - An explosion has hit the central part of the Afghan capital of Kabul, killing one person and injuring nine others, the 1 TV broadcaster reported.

The blast occurred not far from the Ghazi Stadium near a sit-in camp in support of the rights of Pashtuns in Pakistan, the 1 TV broadcaster reported.

One day earlier, at least 12 were killed and 40 wounded in a car bombing outside a sports stadium in Afghanistan's Helmand province.

An Attack on #Protestors in #Kabul
One protestor killed and 11 wounded.
They have been standing in support of #Pakistan protestor against Islamabad for one week. #PashtoonTahafuzMovement #PashtunLongMarch2Peshawar @manzoorpashteen pic.twitter.com/ReYI322CDD

Afghanistan is in a state of political and social turmoil, with government forces fighting the continuing Taliban* insurgency, while other extremist groups, such as Daesh*, have also expanded their activities both in the country and in the neighboring states.