'Tensions Between Russia, Some EU Countries Will Continue to Increase' - Analyst 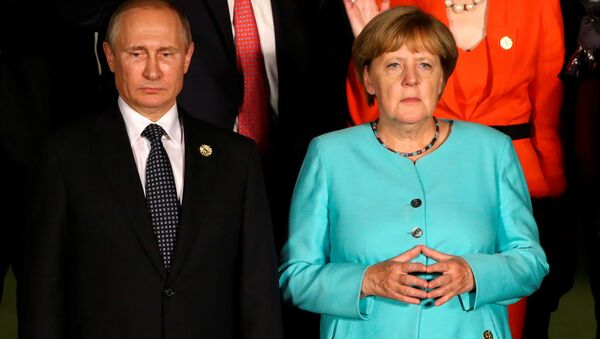 Sputnik: What is the idea of StratCom in general? Is there any real reason to settle this force?

Dr. Huseyin Bagci: I think the recent developments between Russia and the United States of America and Europe created such an insecure environment in European countries and among the NATO countries. So, these former Soviet republics, most of them the Baltic States, they are support by Germany and with Britain, now. They assume that Russia is a military threat towards Europe. So they start to talk about these so called preventive measures against any possible Russian aggression towards NATO countries. This is the main idea behind this.

Sputnik: It also says that the main strategy goal, mission of StratCom is defensive: to protect NATO states against the Russian threat. But in fact it has written reports and its statements seem to be rather provocative and instigate new tensions. What's your view with regard to that, Dr. Bagci?

Dr. Huseyin Bagci: Definitely, there will be tensions. The more debate going on, the more, in physical terms, military measures will be taken. Definitely, the Russian side will also show both military and rhetoric reactions.

READ MORE: EU Speeding Up Talks on Free Trade Deals With US Allies a 'Message' — Scholar

So, I do expect that in the coming days that tensions between Russia and the European countries will increase. Tension against a possible Russian threat — whether it is intended, invented; or whether it is true or not, is another debate. The fact is that the tendency is that the tension between Russia and some European countries will continue to increase.

Sputnik: Just give us your take on the current situation. Why is Russia viewed as such a hostile by the West and, namely, NATO. It would be interesting to hear your point of view.

Dr. Huseyin Bagci: I think, first of all, Russia's position, Russian stance, in the recent years, also in the Middle East, and in the other parts of the world, Russia is getting more and more influential in international politics, which is not anymore Russia in the 1980s and 1990s. The more Russia is getting more influence in international politics, the more the threat perceptions will be redefined, newly founded, or Russia will be considered by these smaller Central and Eastern European countries in their understanding as the "historical enemy" appearing against them. So this is a psychology, not necessarily a military fact. It's a psychology which has historic roots. And I think this is a new problem for Russia how to deal with this new emerging sentiment. How Russia is going to tell that it is not true is to be seen.

The views and opinions expressed by Dr. Huseyin Bagci are those of speaker and do not necessarily reflect Sputnik's position.