Russia Has Nothing to Do With Venezuela's Cryptocurrency - Foreign Ministry 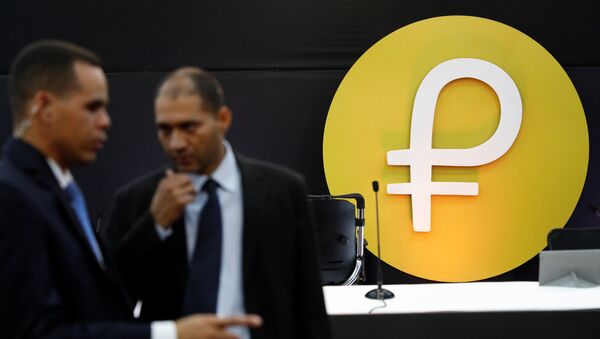 “We paid attention to this fake with a claim to a sensation about the alleged Russian authorship of the Venezuelan cryptocurrency petro. Of course, this so-called exclusive investigation is a blatant lie. The Finance Ministry gave comments to colleagues from Time on this issue,” Kozhin told a briefing.

According to the official, the Finance Ministry told the US media outlet that it “had and has absolutely nothing to do with the Venezuelan cryptocurrency petro” and that "the Russian financial authorities did not participate in this project in any way.”

Earlier this week, Time newspaper reported that Venezuela's cryptocurrency Petro was a joint project of Russian and Venezuelan businessmen. The aim of the project was described as an alleged creation of a cryptocurrency aimed at downplaying the role of US sanctions.

Time was citing an unnamed source at one of Russia's state-owned banks. According to the source, Russian President Vladimir Putin himself allegedly signed the corresponding document in 2017.

"People, close to Putin told them that this was the way to avoid US sanctions," the source said.

The Initial Public Offering of Petro was launched on Wednesday. The country's authorities have earmarked 44 percent of the 82.4 million for private pre-sale and IPO, 38.4 percent for private sale and 17.6 percent will remain with the Venezuelan cryptocurrency authorities.

According to the media reports, pre-orders for the cryptocurrency for a total value of $5 billion came from 127 countries, including China, France and Russia.

US President Donald Trump on Monday signed an executive order to prevent US citizens from using Venezuela's new digital currency, saying that Caracas was using it to get around US sanctions.