From the Soyuz MS-08 launch at the Baikonur cosmodrome to the ISS and all-Ukrainian rally against Poroshenko, to the Techno Classica vintage car fair in Essen and the Tokyo Fashion Week — take a look at this week's events in Sputnik's photo gallery.

Take a moment to soak up some of the most important and striking photos of the week. 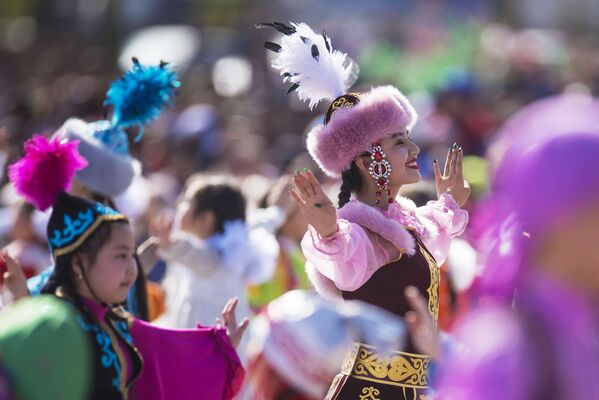 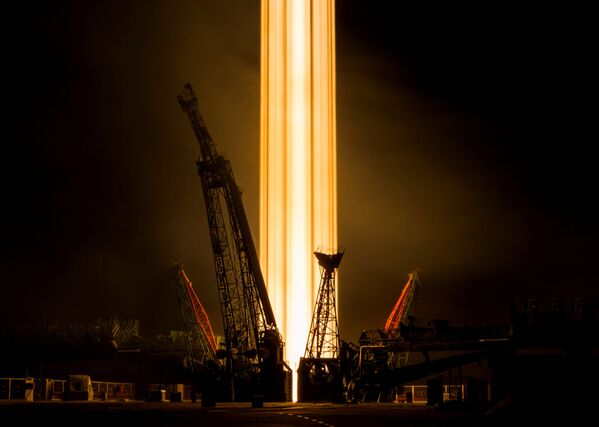 2/25
© REUTERS / Shamil Zhumatov
The Soyuz MS-08 spacecraft carrying the crew of astronauts Drew Feustel and Ricky Arnold of the US and cosmonaut Oleg Artemyev of Russia blasts off to the International Space Station (ISS) from the launchpad at the Baikonur Cosmodrome, Kazakhstan. March 21. 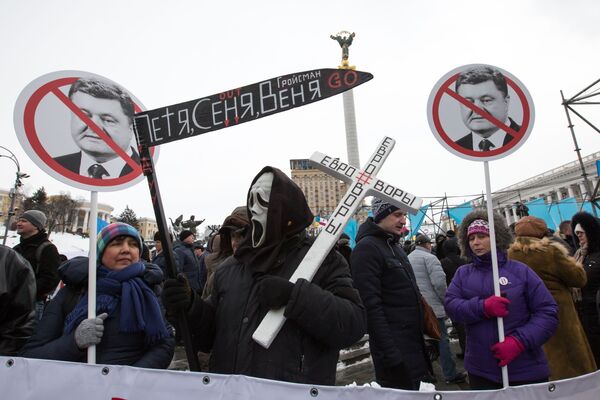 3/25
© Sputnik / Stringer
/
Go to the photo bank
Participants of the all-Ukrainian rally to demand the resignation of Ukrainian President Petro Poroshenko. March 18. 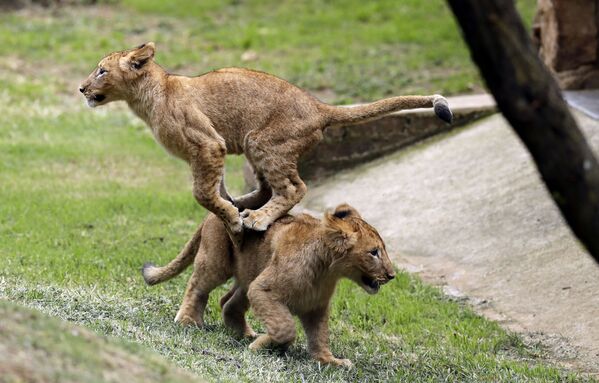 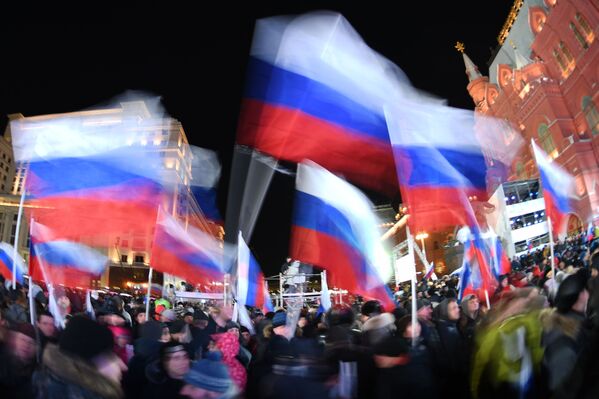 5/25
© Sputnik / Vladimir Astapkovich
/
Go to the photo bank
Participants before the meeting and concert at Moscow's Manezhnaya Square staged to mark the fourth anniversary of Crimea's reunification with Russia. March 18. 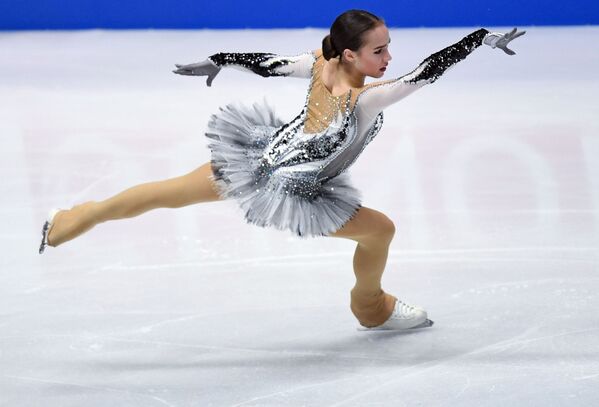 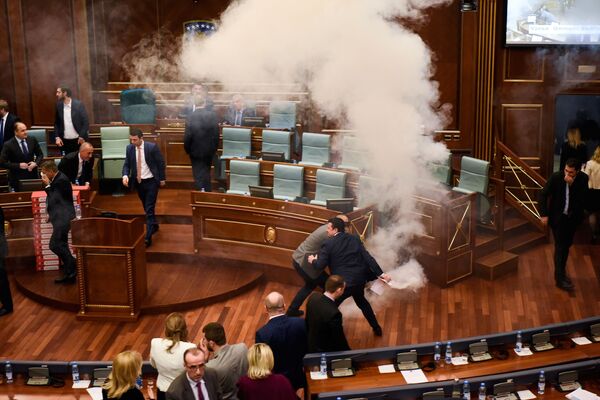 7/25
© AFP 2022 / Armend Nimani
Kosovo's lawmakers react after opposition members released a teargas canister inside the country's parliament in Pristina before a vote for an agreement to ratify or not a border demarcation deal signed in 2015 with Montenegro. March 21. 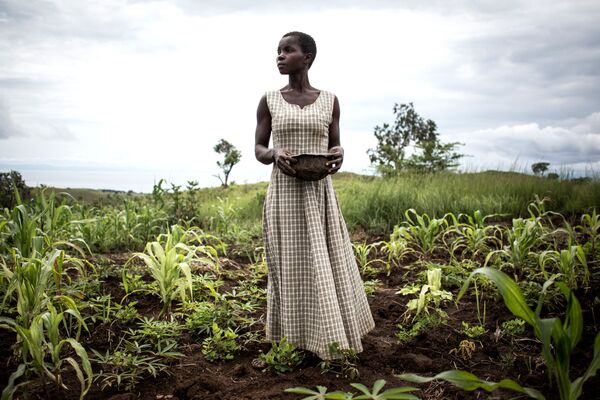 8/25
© AFP 2022 / John Wessels
Martha, who has been displaced with her husband and five children for six months, plants seeds in a makeshift camp for Internally Displaced Persons (IDP's) and returnees in Kabutunga, Democratic Republic of the Congo. March 21.
The village of Kabutunga was burned down during an attack, some of the population fled to Kalemie, thirty kilometers away, others stayed in a makeshift displacement camp. People are slowly returning and trying to rebuild their lives. An ongoing conflict between the pygmies and Bantus has displaced 67,000 people around Kalemie and according to Humanitarian agencies up to 650,000 at the peak of the crisis in Tanganyika Province. 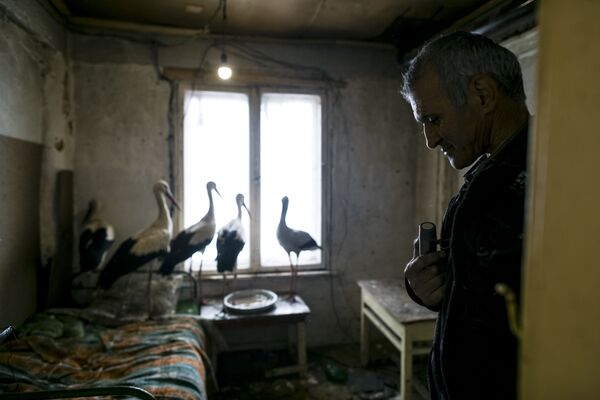 9/25
© AFP 2022 / Dimitar Dilkoff
Safet Halil, 53, stands next to the five storks he saved in the village of Zaritsa on March 21.
"I found five frozen storks near the village road the day before yesterday. I took them home, lit the stove to warm them and fed them fish," Safet Halil of Zaritsa told AFP. The return of winter weather in Bulgaria's northeast caught hundreds of migrating birds in an icetrap earlier this week, prompting a surprising response from many locals in the areas around the town of Dulovo. 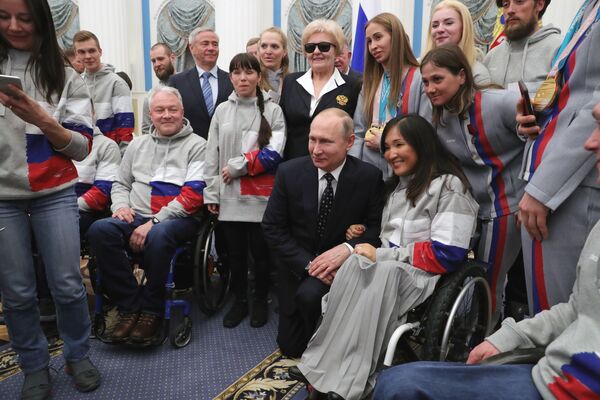 10/25
© Sputnik / Michael Klimentyev
/
Go to the photo bank
Russian President Vladimir Putin during a meeting with Russian winners and medalists from the 2018 Winter Paralympic Games in PyeongChang. March 20. 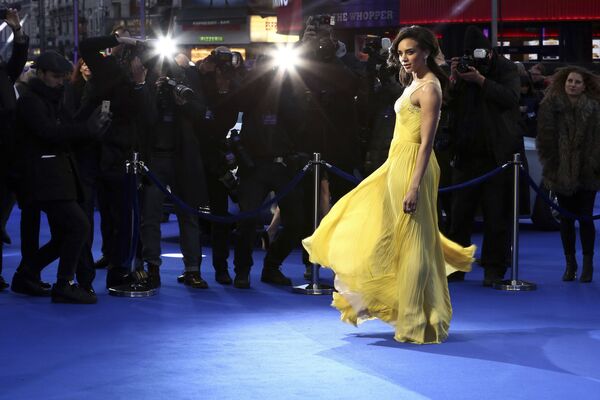 11/25
© AP Photo / Invision/Grant Pollard
Actress Hannah John-Kamen poses for photographers upon arriving at the premiere of the film "Ready Player One" in London. March 19. 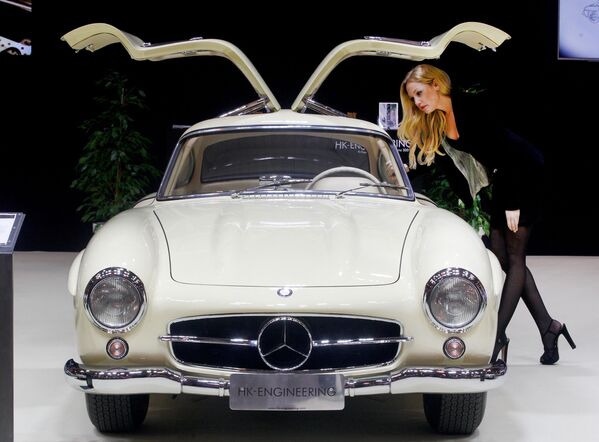 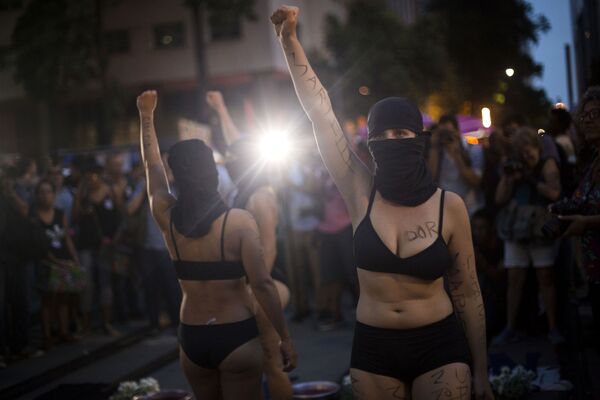 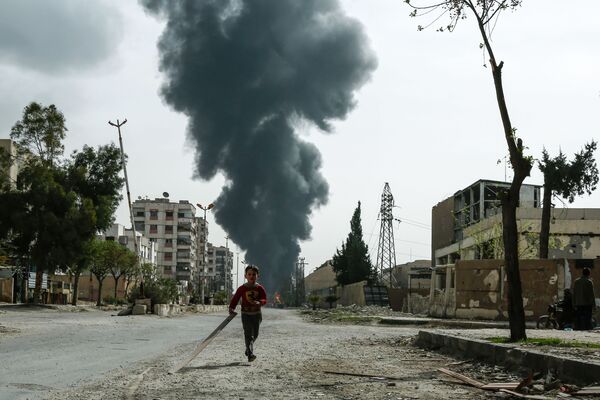 14/25
© AFP 2022 / Hasan Mohamed
A child runs along a street in front of clouds of billowing smoke following a reported air strike on Douma, the main town of Syria's rebel enclave of Eastern Ghouta. March 20. 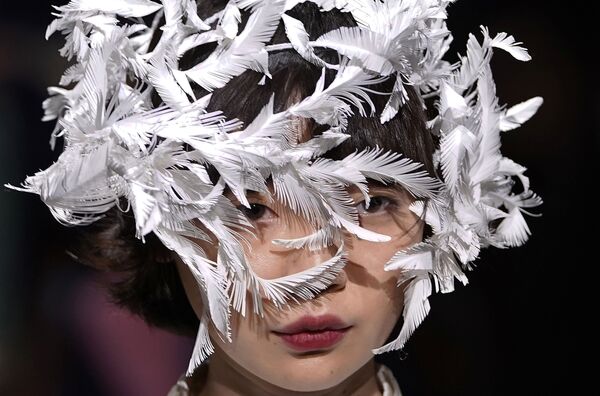 15/25
© AP Photo / Shizuo Kambayashi
A model displays a creation by Ohalu Ando of Japan during the 2018 Autumn/Winter Collection at the Tokyo Fashion Week in Tokyo. March 20. 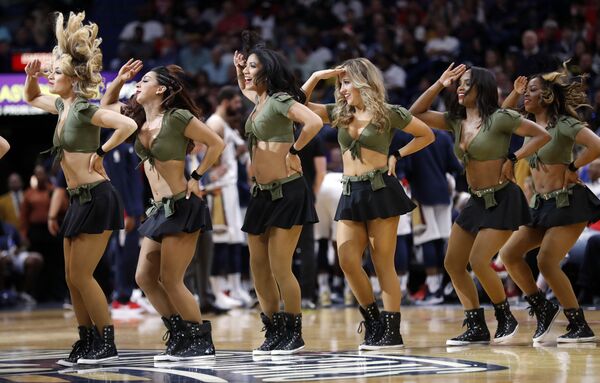 16/25
© AP Photo / Gerald Herbert
New Orleans Pelicans cheerleaders perform in the first half of an NBA basketball game against the Boston Celtics in New Orleans. March 18. 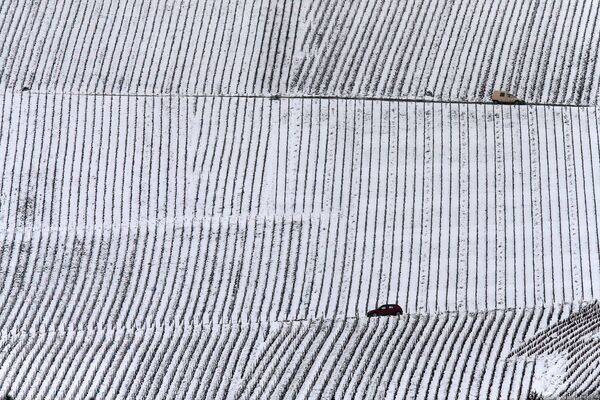 17/25
© AFP 2022 / Francois Nascimbeni
Cars drive by vineyards covered in snow, in Chamery, near Reims, in the Champagne region on the eve of the first spring day. March 19. 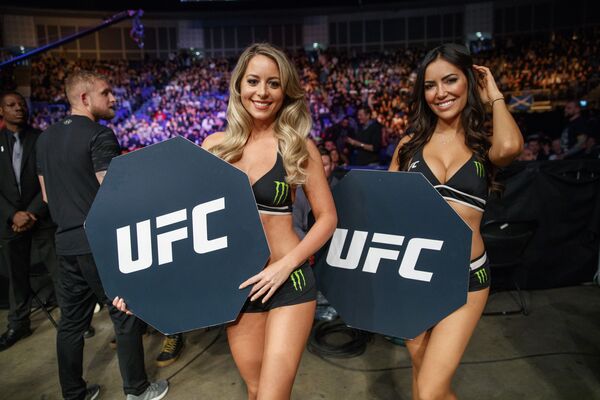 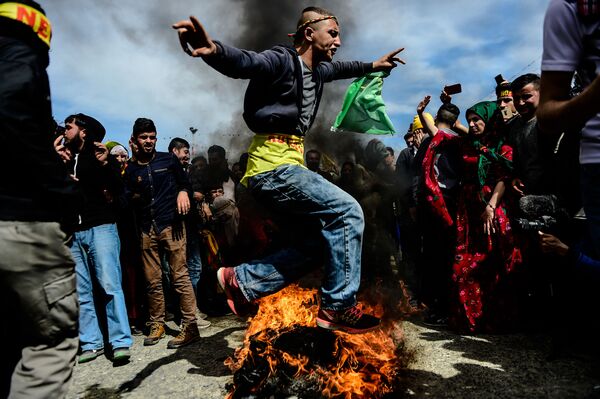 19/25
© AFP 2022 / Yasin Akgul
A man jumps over a bonfire during a Kurdish celebration of Nowruz (aka Noruz or Newroz), the Persian calendar New Year, in Istanbul. March 21. 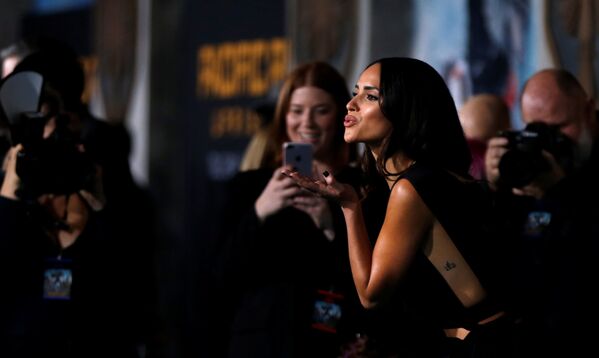 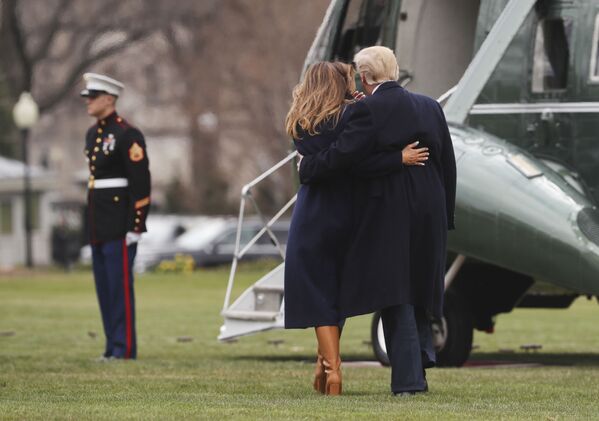 21/25
© AP Photo / Pablo Martinez Monsivais
President Donald Trump holds first lady Melania Trump who lost her footing while walking across the South Lawn of the White in Washington before boarding the Marine One helicopter for the short trip to Andrews Air Force Base, Md. Trump is traveling to Manchester, N.H., to announce his plan to combat opioid drug addiction. March 19. 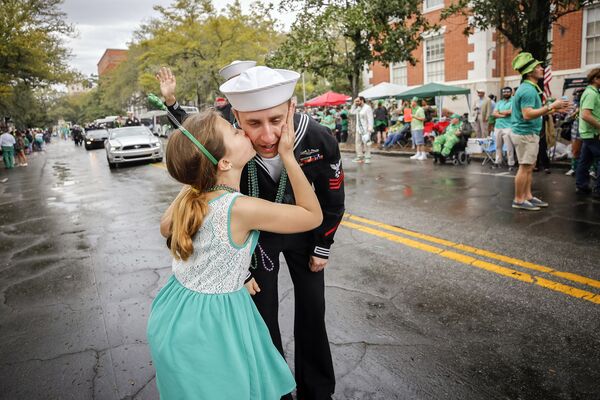 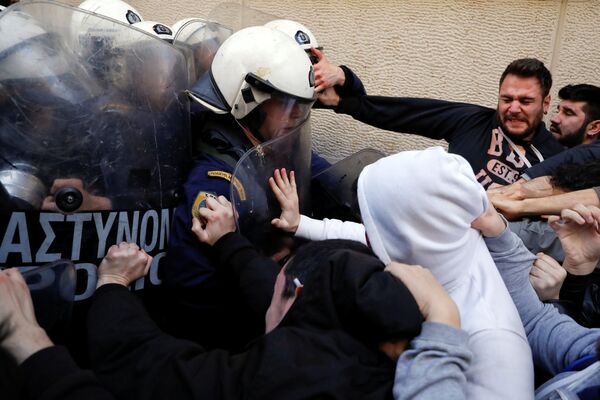 23/25
© REUTERS / Alkis Konstantinidis
Demonstrators scuffle with riot police officers during a protest outside a notary's office to prevent the e-auction of repossessed properties in Athens, Greece, March 21, 2018. 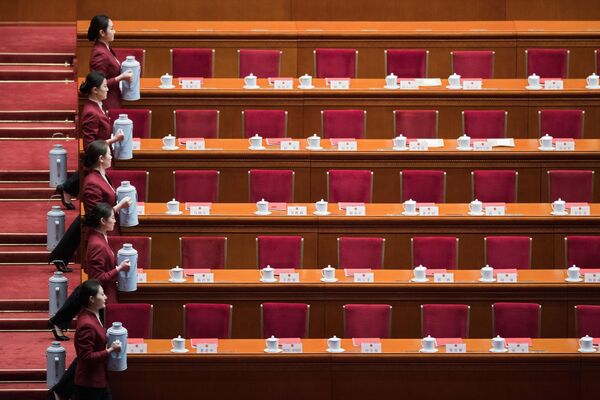 24/25
© AFP 2022 / Nicolas Asfouri
Hostesses serve tea ahead of a speech by China’s President Xi Jinping and the closing ceremony of the National People's Congress at the Great Hall of the People in Beijing. March 20. 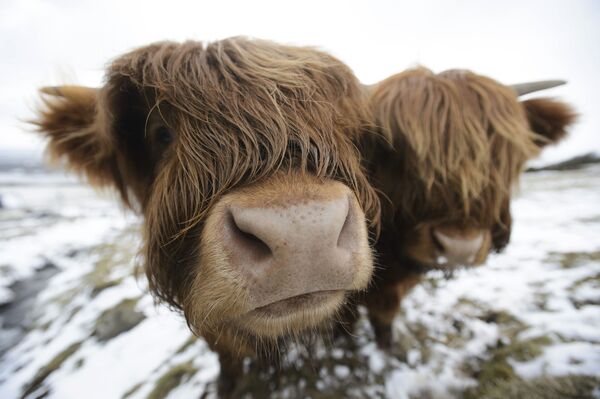 25/25
© AP Photo / PA/John Linton
Highland cows are photographed as they graze in the Kilpatrick Hills near Glasgow, Scotland as the cold snap continues to grip the UK. March 18.
Newsfeed
0
Access to the chat has been blocked for violating the rules . You will be able to participate again through:∞. If you do not agree with the blocking, please use the feedback form
The discussion is closed. You can participate in the discussion within 24 hours after the publication of the article.
To participate in the discussion
log in or register
loader
Chats
Заголовок открываемого материала