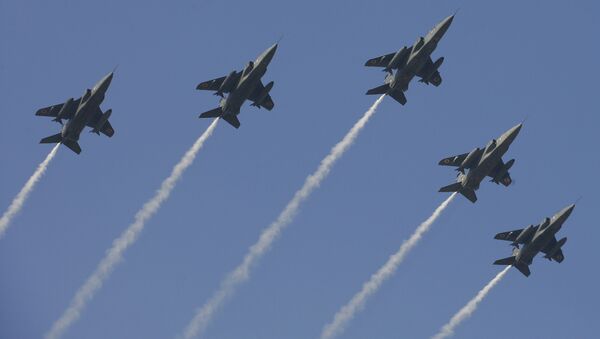 India is readying to adopt a new policy relaxing Foreign Direct Investment (FDI) norms in the defense sector. The country aims to be a global leader mainly in cyberspace and artificial intelligence technologies, apart from exporting defense goods and services worth $5 billion in the next seven years.

New Delhi (Sputnik) — The Indian government has floated the draft Defense Production Policy 2018 that sets an ambitious target to achieve a turnover of $26 billion in defense goods and services by the year 2025, including exports to the tune of $5 billion in the next seven years.

The draft policy, due to be enacted this year, will enable a further relaxation in foreign direct investment (FDI) norms in defense, according to the defense ministry.

"FDI up to 74% under automatic route will be allowed in niche technology areas," a statement by the defense ministry read.

Currently, India allows 49% FDI in automatic route in high technology areas, but has so far failed to attract foreign firms. According to government data, India has attracted less than one million US dollars in defense under its much-touted "Make in India" program which was rolled out in 2015 to make the country a manufacturing hub.

Indian Defense Firms Under Pressure to Develop New Age Technology for UAVs
In the last few years, the state-owned arms manufacturer Defence Research & Development Organization (DRDO) has developed over two dozen platforms, like the Arjun tank, Tejas fighter, airborne early warning and control (AEW&C) system, advanced towed artillery gun system (ATAGS), weapon locating radar, high-speed heavyweight ship-launched torpedo, anti-torpedo decoy system which has the potential to attract countries in Africa and South-east Asia. But, the policy does not mention what products India will export to achieve the $5 billion target. The policy, however, clearly spells out that the Indian government will promote export through "Govt to Govt agreements and line of credit/funding".

The defense ministry also proposes to set up a National Aeronautical Commission for better coordination and sharing of information and technologies in the aerospace sector. The government hopes to develop a civilian aircraft with 80-100 seats over the next seven years by leveraging the design and manufacturing capabilities developed in the country.