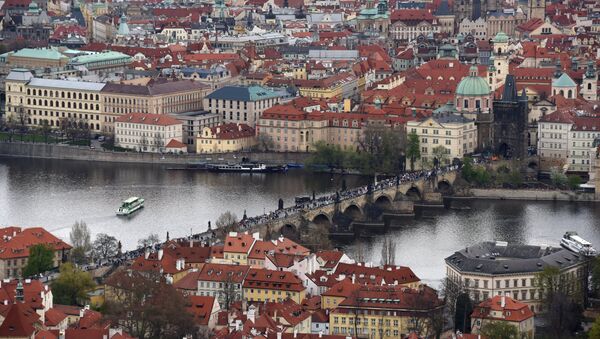 "Yes, we will probably go in that direction," the prime minister, who is currently at the EU Council, was quoted as saying by the Ceske noviny media outlet.

The prime minister is expected to discuss the issue with Czech Foreign Minister Martin Stropnicky next week.

"Various opinions were expressed [at the summit], the goal of the debates was to find some concerted efforts. We have not fully accomplished it, but there are countries that are considering [expelling diplomats]," Babis said.

Following the statement of the Czech official, Croatian Prime Minister Andrej Plenkovic said that his country was also considering the possibility of unilaterally expelling Russian diplomats amid the Skripal poisoning case.

"There was not a single head of government [at the EU summit] who questioned the authenticity of the U.K. security services’ conclusions," Plenkovic said, as quoted by the Politico media outlet, adding that Croatia may take unilateral measures to expel Russian diplomats.

He also said that Croatia would review all possible courses of action.

"We will consider all the options and if necessary take such measures," Plenkovic stressed.

Latvian Foreign Minister Edgars Rinkevics Latvia, in his turn, said, he was considering a possible expulsion of Russian diplomats as a sign of the European Union’s solidarity.

"Latvia, together with a number of other EU member states, will support the United Kingdom and decide on the expulsion of Russian secret service employees working under diplomatic cover. The concrete details will be coordinated [with other EU countries], and it could take place next week," Rinkevics told Latvian Public Broadcasting.

The minister, however, noted that the country did not intend to recall its ambassador to Russia, Maris Riekstins.

Finally, Estonian Prime Minister Juri Ratas said, he was considering a response to the attempted murder of Skripal and believed that one of the possible steps may be the expulsion of several Russian diplomats from the country.

"We need to carefully discuss further decisions in the beginning of next week. One of possible steps is the expulsion of Russian diplomats. Of course, we are in close contact with Great Britain and also hope that Moscow will cooperate fully with London," Ratas told reporters.

Earlier in the day, a source told Sputnik that several EU states were considering expelling Russian diplomats and recalling their ambassadors from Russia over Skripal's poisoning.