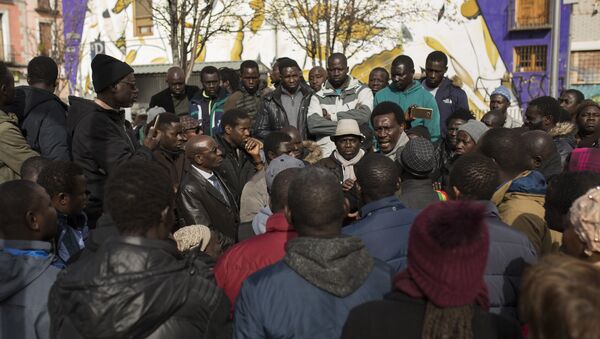 A significant and steady increase in emigration from Sub-Saharan Africa began in 2010. Many more plan to leave for better lives in Western countries, but not all of them actually will, a recent study points out.

The most recent research conducted by the Pew Research Center, a polling company based in Washington, shows that roughly 1.5 million people living in the Sub-Saharan region would like to leave their countries. Nigeria, Ghana and Senegal are the top three source countries for migrants to the EU and the US, among those surveyed.

In several sub-Saharan African nations, substantial shares of people say they plan to move abroad in the next five years https://t.co/Rx4aNw3YsR pic.twitter.com/frErnH7nHB

The key reasons for their departure are low job prospects and unemployment, low wages, threat of armed conflict, modern day slavery and political instability. The authors of the study indicate that it is not necessarily so that all of the people who have expressed desire to leave will do so.

Many people in sub-Saharan Africa have personal connections to Europe and the U.S. https://t.co/FS3DafEV6e pic.twitter.com/fA3zXbPvDF

In recent years many European countries have faced significant a growth in immigration, especially from destabilized regions in the Middle East. The states are struggling to cope with the costs of accepting refugees and are trying to spread the burden. These attempts have caused a backlash from several EU-members who have refused to accept refugees. The EU states that were most severely hit by the immigration crisis have faced internal political tensions, the growth of right-wing parties and discontent among the native populations, who feel threatened by the newcomers.