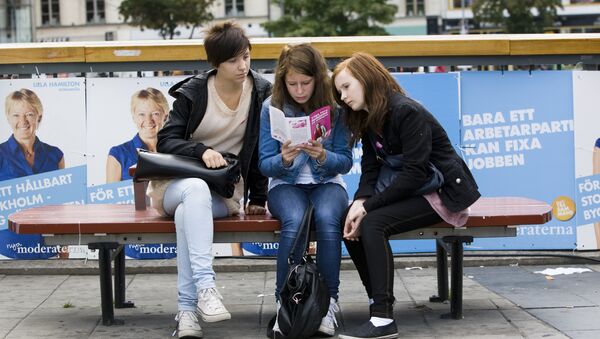 The percentage of foreign nationals eligible for voting is rising in Sweden, having recently surpassed 7 percent of the population. Although the voter turnout among those born abroad tends to be low, they are a force that can affect the outcome of the election.

About 578,000 foreign nationals are entitled to vote in upcoming municipal and county elections in Sweden, a nation of 10 million, figures from Statistics Sweden (SCB) have shown. This is 123,000 more than in the previous election, held in 2014.

Haparanda municipality in northern Sweden is in the lead; 27 percent of the population eligible to vote are foreign nationals. On the other end of the scale is Öckerö municipality in Västra Götaland County in western Sweden, with only 2 percent. The national average, however, is 7.4 percent.

According to Swedish law, foreign citizens are entitled to vote in elections to municipal and county councils. To qualify for the voting process, one must have been registered in Sweden for at least three consecutive years before the election. However, many foreign nationals have forfeited this opportunity so far.

"Generally speaking, voting among foreigners is significantly lower than among ethnic Swedes," Mehrdad Darvishpour, assistant professor in social work at Mälardalen University, explained, as quoted by the 24Helsingborg news outlet.

According to Darvishpour, the low turnout depends on a number of factors, including whether they hail from a democratic society or a dictatorship, how long they have lived in the country, as well as their socio-economic conditions. Even such aspects as whether the person feels at home in Swedish society should be considered.

"A combination of spreading more knowledge, a clear inclusive anti-discrimination message and promoting more people with foreign descent as role models could increase the motivation among foreign-born voters," Darvishpour argued.

The Swedish government has previously declared measures to increase voter turnout among the foreign-born, targeting, above all, blighted areas with a high percentage of immigrants. Earlier in March, about 20 organizations across the Nordic country were granted a total of SEK 8.5 million ($1.1 million) in a nationwide effort to persuade disaffected voters to cast their ballots in the upcoming election in September. Likewise, special effort will be invested to bring more women to polling stations, as it was previously found that they are often prevented from voting by their "patriarchal" surroundings.

Previous experience showed that immigrant-dominated areas tend to vote predominantly for the left-wing parties, such as the ruling red-green coalition of the Social Democrats and the Greens and the Left.

"The socialists are doubling down to get more immigrants to vote in the 2018 election. Looking at the results from Tensta [a blighted migrant-dense area in Greater Stockholm], you understand why," Conservative politician Zagros Hama, whose motto is "Make Sweden Powerful Again," tweeted.