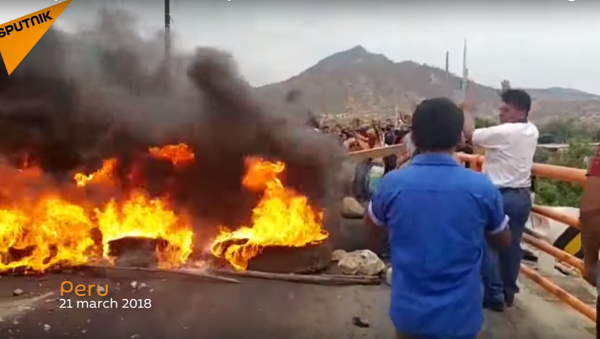 Protesters in northwestern Peru had set up a makeshift roadblock consisting of rocks and burning tires to put pressure on the government not to invest in a major local development project.

Riot police advanced on a bridge in the Olmos district of the region of Lambayeque, Peru Tuesday against protesters urging authorities to halt the construction of the 'New City of Olmos'.

Local activists are demanding that the government develop infrastructure in the existing towns in the Olmos district, rather than putting money into the new project.