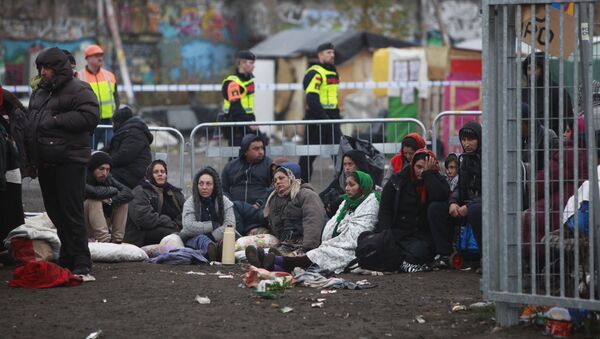 A new party called the Swedish Romani Modern Party (SRMP) hopes to participate in upcoming municipal elections. By its own admission, the SRMP's aim is to introduce more Roma into Sweden's administrative organs.

Local Roma living in the cities of Malmö and Landskrona in southern Sweden have formed a separate political party. The party leadership stressed that their folk, also known as travelers or gypsies, need a mouthpiece of their own. They cite the distrust their fellow Roma harbor towards Swedish politicians and authorities, Swedish national broadcaster SVT reported.

"There is a suspicion among Roma against politicians and authorities," SRMP spokesperson Luciano Bladson told SVT, arguing that the distrust was mutual.

By its own admission, the SRMP's aim is to introduce more Roma into Sweden's administrative organs, as well as serve as a positive example for the Roma youth. According to Luciano Bladson, who himself has served a prison term, he wants to show the Roma youth that it is fully possible to create a constructive life without crime. Bladson stressed it was high time for the Roma youth to "understand why they should go to school at all."

The party's main goals are improving the situation of Sweden's minorities, promoting human rights and removing existing economic and social barriers in society. According to SRMP's website, the emphasis will be put on the integration and inclusion of minorities in society, prioritizing education and employment and combatting all forms of discrimination.

However, it's doubtful that the party will manage to edge its way into the city council. According to Mikael Sundström, senior lecturer at the Political Science Department at Lund University, it will be particularly difficult for the ethnically-rooted "Roma party" to attract other voters apart from their kinsmen.

At the same time, Sundström called it an alarming signal for other political parties when the Roma choose to start their own party instead of joining any established movement.

Roma have lived in Sweden since the 16th century and are an officially recognized minority alongside Jews, Sami, Finns and Tornedalians. Romani is also one of the officially recognized languages in Sweden. At present, Sweden's Roma diaspora is estimated at about 30,000 people and may be as high as 60,000 including "Swedish travelers," a similar group of Nomadic people having a distinct identity from Roma proper. According to the Swedish portal Popular History, unemployment among the Swedish Roma is as high as 80 percent. Many Roma children never complete their school education.

So far, the SRMP hasn't been registered by the election authority for the upcoming election.