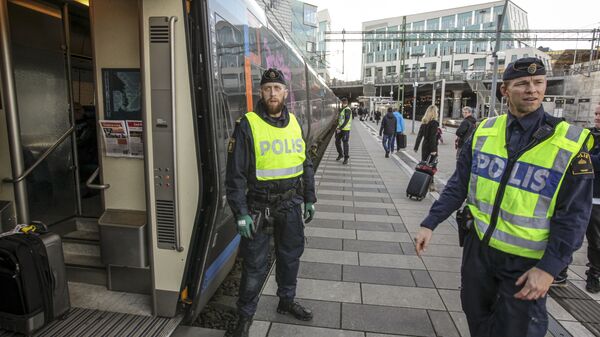 Over the last four years, over 27,000 asylum seekers have disappeared following expulsion orders from Sweden; 4,500 of them were children.

A total of 223 underage asylum seekers have been reported missing following expulsion decision in January and February this year alone. They join thousands of their peers who have gone under radar in recent years, the Swedish daily newspaper Dagens Nyheter reported, citing an increase compared with the same period in 2017.

Some of the "lost" children remain in the country as vagrants, whereas others turned to other EU countries in search of asylum. Acting Children's Ombudsperson Anna Karin Hildingson Boqvist said this trend was worrying, calling for more measures to prevent children seeking asylum from "missing."

"The situation is extremely acute. All children who disappear need to be sought after. It is important that there is clarity over who bears responsibility for a disappeared child, and it applies to both unaccompanied minors and children living in a family," Boqvist said.

When a child goes missing, search procedures are initiated immediately by the police. However, this doesn't always apply due to the lack of national guidelines for children undergoing asylum procedures.

Over the past four years, about 4,500 children have disappeared following expulsion decisions, including 1,700 unaccompanied minors, according to a 2017 report by the Children's Ombudsman's Office (BO).

"It's terrible that children and young people deviate from the asylum process. This opens up too much vulnerability. Children should not be in such risky situations," Forssell told Dagens Nyheter.

In connection with the report, the Children's Ombudsman's Office stressed that guidelines should be developed for better search procedures as well as prevention measures. However, none of the proposed measures were implemented, Hildingson Boqvist stressed, which according to her is tantamount to differential treatment.

"The stories we receive show that the disappeared children can be subjected to both sexual violence and crime. The life they live is extremely hard," Anna Karin Hildingson Boqvist said.

According to the BO report, about ten percent of the unaccompanied migrant children disappear, which is why Hildingson Boqvist stressed the necessity of preventive measures.

"The hypothesis has always been that one disappears after receiving a negative decision, but this is not always the case, as proceeds from our interviews with children. They speak, among other things of poor housing conditions and long waiting queues," Hildingson Boqvist stressed.

Stockholm County Administrative Board investigator Maria von Bredow has recently submitted a report on children and human trafficking, ordered by the Swedish government. According to her, both unaccompanied children and children living in families hiding from the law run the risk of getting into forced labor or sexual exploitation in order to survive.

From the onslaught of the 2015 migrant crisis onwards, Sweden took in over 200,000 asylum seekers. As of 2017, the migrants' most common countries of origin were Syria, Afghanistan, Iraq, India, Iran and Eritrea, according to Sweden's Migration Board.

In the 2015 alone, over 35,000 unaccompanied children sought asylum in Sweden. However, their real age remains a matter of debate, as 83 percent of the "children" age-tested by the National Board of Forensic Medicine turned out to be adults.