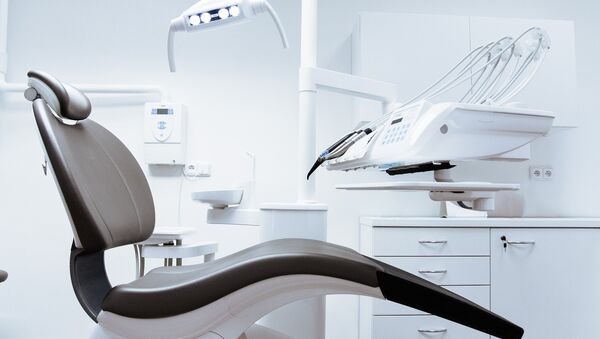 Major infections, extensive injuries and neglected oral hygiene among newcomers to Swedish society have put the nation's healthcare under severe strain, which has been described as a "unique challenge" by dental professionals.

Many of the immigrants who have arrived in Sweden in recent years have serious dental problems that impose a "heavy burden" on the Public Dental Service, Swedish Radio reported.

In the survey, carried out by Swedish Radio, 21 Swedish regions and county councils admitted experiencing difficulties, such as longer queues and waiting times as a result of more immigrants seeking dental care they are entitled to. Many of the patients were reported as having vast dental problems that require extensive intervention. In many cases, dentists have been working overtime to deal with all the patients.

According to Swedish Radio, some of the patients are children below the age of 6 who have such bad teeth that must be extracted. Similarly, many adult immigrants reportedly suffer from incurable infections that prevent any curative efforts.

"For the dental profession in today's Sweden, it's a unique challenge," Hans Göransson, the chairman of the Swedish Dental Association, told Swedish Radio.

Swedish Radio took the example of "Mohammed" who had no fewer than seven teeth removed due to bad cavities and now has nothing to chew with.

According to Swedish Radio, not many professionals have encountered medical challenges of such proportions before, hence the great burden of acute interventions.

"We have children whose baby teeth are virtually invisible; everything is smoothed down with the gum. These things get you thinking," Birgitta Haglund, unit manager of the Public Dental Service in Värmland County said.

Haglund stressed that professionals have resorted to conferences to address the most precarious conditions, which they have never encountered before.

"Even though we are good at dental care, we have not seen this type of patients before," Birgitta Haglund said.

Following an agreement between the center-right Alliance led by then-Prime Minister Frederik Reinfelt and the Green Party, immigrants in Sweden became entitled to almost-free dental care at the expense of taxpayers.

Asylum seekers under the age of 18 are entitled to free dental care, whereas migrants over 24 pay a token fee of SEK 50 ($6) for impromptu visits to the dental clinic. Perhaps somewhat ironically, Rakhmat Akilov, the terrorist who killed five and injured 14 while driving a truck through one of Stockholm's busiest pedestrian streets, also received dental care while in prison.

"Terrorist Rakhmat Akilov received dental care for SEK 50, while retirees after a whole working life in Sweden have to skip dental visits because they simply cannot afford them," the Sweden Democrats pointed out in a tweet.

​To partially alleviate the problem, courses have been set up for parents to understand the importance of preventive dental care and healthy eating, which, according to Göransson, is expected to result in a change in attitudes.