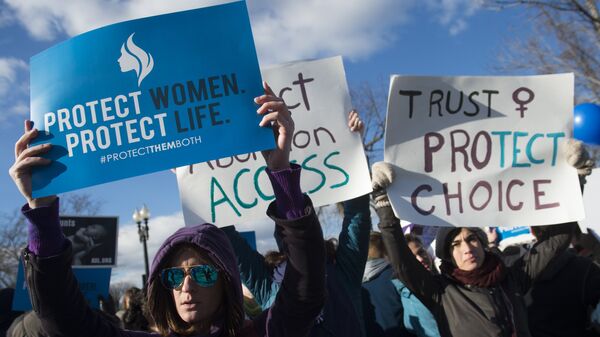 Most progress on minimizing abortion and unwanted pregnancies has been made in the Developed World, with poorer countries still struggling to provide necessary services.

The Guttmacher Institute, which conducts and collates research on the global levels of abortion and access to maternity services has found that the worldwide incidence of unintended pregnancies declined overall between 1990 and 2014, although the declines in developed countries were double those that occurred in the Global South.

According to the research, only just over half of women in poor and under-developed countries have access to pregnancy-related medical services, while two thirds having such access in lower-middle income countries and nearly 95 percent access in upper-middle income states.

US House of Representatives Blocks Taxpayer Funding for Abortions - Speaker Ryan
From 2010 to 2014, the regions with the highest rates of abortions annually were the Caribbean, with 59 per 1000 women and South America at 47 per 1000, while the lowest rates were recorded in North American and Western Europe.

The Institute has been particularly critical of efforts underway in the United States by various state authorities to undermine access to abortion services which, it claims put 57 percent of child-bearing age American women in states hostile or extremely hostile to abortion rights, compared to 30 percent living in states which are highly supportive.