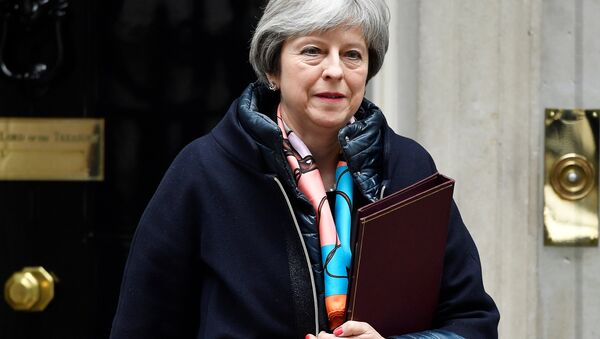 Suliman Mulhem
All materials
The poisoning of ex-spy Sergei Skripal and his daughter in Salisbury earlier this month was quickly blamed on Russia without conclusive evidence, and resulted in the UK subsequently expelling 23 Russian diplomats from the country.

In retaliation, the Russian government announced its own package of diplomatic sanctions, which includes the expulsion of 23 British diplomats from their posts across Russia.

Given the prevailing anti-Russia sentiment in the UK, most MPs were keen to see some sort of punitive measures imposed against Russia, though a number of politicians and analysts have cast doubt on Russia's involvement in the Skripal poisoning.

UK Police See No Connection Between Skripal and Glushkov Cases
A former Guernsey MP warned the "UK could end up looking very foolish" over its handling of the investigation and pointed out that Russia's alleged use of the Novichok nerve agent in such an attack would be senseless, as it seemingly traces back to them.

Despite PM Theresa May's apparent certainty of some level of Russian involvement in the attack, she may in fact not be convinced that Russia possesses any level of culpability, but opted to impose the sanctions and pave the way for an escalation to suit her own political agenda, on a number of levels.

'Political Games': May Accuses Russia in Bid to Look Like Thatcher - Analyst
May has been floundering since she entered office in mid-2016, with her decision to call a snap general election to strengthen her party's position ahead of UK-EU Brexit negotiations backfiring, as her party lost its majority in the House of Commons, and had to agree a deal with Northern Ireland's Democratic Union Party (DUP) to pass through legislation.

The poisoning of Sergei Skripal and the option to quickly retaliate against Russia presented her with an opportunity to look strong, decisive and bold, as opposed to her usual incompetent and feeble self.

An escalation with Russia also tackles some of May's other problems. Since the news broke of Skripal's poisoning, the story has dominated the headlines in the UK, and, by pointing blame in Russia's direction and escalating, she has prolonged and accentuated the story's coverage, effectively drowning out the coverage of other contemporary matters, which are largely unfavorable for her.

Even if May wasn't actively looking to yield some sort of political gain from this development, it still makes sense for her to press ahead with anti-Russia measures, as approaching the crisis rationally and diplomatically would have resulted in some backlash.

Leader of the Labour Party Jeremy Corbyn tentatively raised doubts about Russian involvement in the incident, and was crucified by the media and even branded a traitor for calling for restraint until a thorough investigation provided some answers.

PM May is likely to have faced a similar level of criticism and scrutiny, and, given her recent history and performance, it's unclear if her political career would have been able to survive another blow.