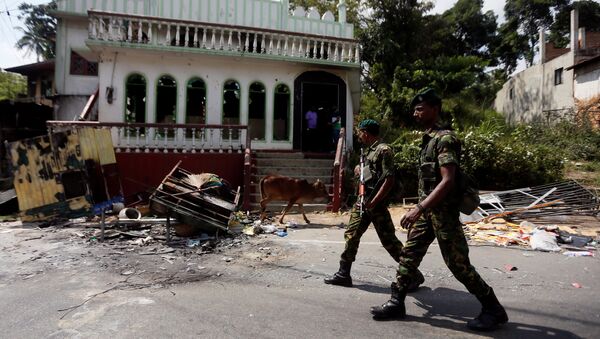 "The state of emergency declared on March 06, 2018 according to the instructions given by President Maithripala Sirisena has been lifted," a statement on the presidential website said.

Sirisena signed the notification following his state visit to Japan.

"Upon assessing the public safety situation, I instructed to revoke the State of Emergency from midnight yesterday," Sirisena wrote on Twitter on Sunday.

Sri Lanka's Government Plans to Block Social Networks Amid Unrest - Reports
On March 6, Sirisena imposed a 10-day state of emergency to quell anti-Muslim violence, which broke out in Kandy after a Sinhalese man, allegedly attacked by a Muslim mob, died in hospital. Curfew was also declared in several districts, while classes at schools were canceled. The government decided to block certain social networks in order to curb hateful speech.

The previous state of emergency, which had been in place in the country for nearly three decades, was lifted in 2011 following the end of the civil war and the government's victory over Tamil Tiger rebels. Sri Lanka is a multireligious country, with Buddhists comprising about 70 percent of the population, Hindus and Muslims — 13 and 10 percent respectively.